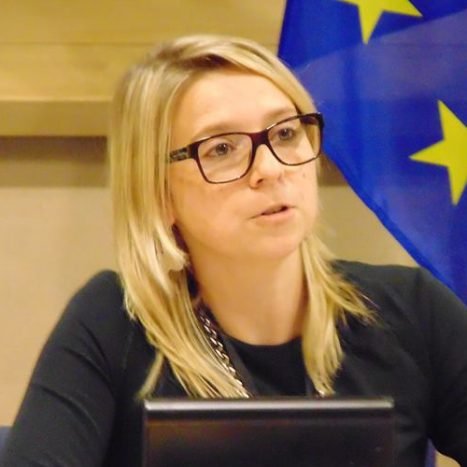 Member of the European Parliament – PPD / PSD, effective member of the Committee on Transport and Tourism.

The PSD already demanded in March the establishment of a European crisis management mechanism, compensation funds for the Member States / Regions most affected and most dependent on Tourism.

Knowing that the next day 27 April this year, the Honorable Members of the Government will represent our country, at the meeting of European Tourism Ministers, I take the liberty of sending this letter.

Each Member State will have a vital opportunity to bring to this meeting a set of proposals but also of demands that pressure the European Commission to adopt and make financing available immediately, for the companies that make up the Travel and Tourism Industry.

In Portugal, the Tourism and Travel sector, in 2019, employed approximately 1 million ie 18, 6% of the total national employment. Only in 2019 the sector represented 23, 5% of total exports, ie 22 billion

Unfortunately, this pandemic allowed us to expose numerous weaknesses in the sector, as well as the lack of a coordinated European response in terms of good practices, guidelines or direct support to companies at a time of crisis a 27.

In early March, the PSD demanded the creation of a recovery plan for the sector, the establishment of a European crisis management mechanism , compensation funds for Member States / Regions most affected and most dependent on Tourism; flexible state aid , direct employment support , support in the repatriation of European citizens within and outside the Union. In April we insisted that the European Commission clarify and update the issue of vouchers within the Passenger Law Regulation and in Package Travel Directive.

As you are aware. in the European Union, revenue losses for hotels and restaurants are 50%, for tour operators and travel agencies in 70% and for cruises and airlines in 90%.

Just this week, in a hearing with Commissioner Thierry Breton, we gave Portugal as an example. We are the 3rd European country most dependent on Tourism and Travel, where the weight, directly and indirectly, in GDP is 16, 5%. Regardless of the format, it makes sense for support to be granted to Member States according to the sector's weight in GDP.

The preparation phase for the partial end of the containment and the gradual upturns are currently being designed as the Marshall Plan for Tourism and Travel. For this reason, I ask the Honors. Dear Members of the Government, on behalf of the Portuguese I represent, a direct intervention in the meeting of Ministers of Tourism of 27 Member States.

I take the liberty of sharing with the Members of the Government the measures that we have defended in the European Parliament, asking for your commitment, in the defense of Portugal, in Europe.

Support measures in the medium to long term:

Portugal will have a central role in the development of a more supportive Europe, already at the beginning of next year. By assuming the Presidency of the Union from January to June 2021, it will be up to our country to chart a path of hope for all Portuguese citizens who want to continue to believe in a reformed Europe adapted to the evolution of the times. It will not be necessary to wait until 2021, as already in June, in the trios with Germany and Slovenia, Portugal has the duty to set the objectives to be completed by December 2021.

We are an example and as such we must enforce Portugal. Let's add more Portugal to Europe together.

Putting Tourism on the Union's Agenda is in Portugal's hands today!

Because Tourism is made by and for people.

In the hope of your best attention,

Pillar of freedom of expression on the brink?