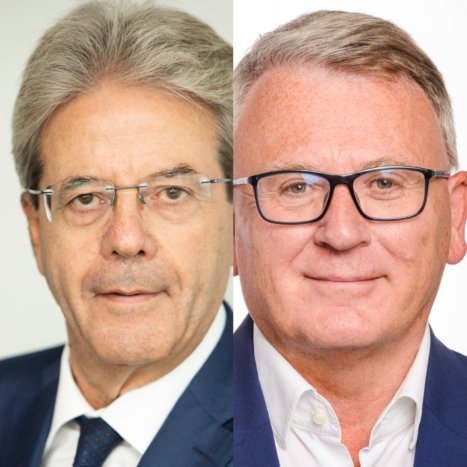 SURE is a necessary response to an unprecedented emergency. It should also be seen as a first step towards a permanent European unemployment reinsurance system.

The coronavirus pandemic continues to affect communities around the world, with a cost of at least 800 a thousand lives. In Europe, thanks to the measures taken since spring, the worst is behind us. Obviously, there can be no complacency. We must never forget the tireless dedication of health professionals across our continent. We must also never forget the lessons learned from this experience, starting with the need to invest in health systems that do not leave anyone behind.

In part, due to the economic effects of the necessary measures taken to contain the virus, we are simultaneously facing a second tragedy: the loss of families' means of support. The collapse of gross domestic product in 2020 is on the way to eclipse any experience since the Great Depression. In the second quarter alone, GDP fell 11, 7% in the European Union.

The increase in EU unemployment – from 6.5% in March to 7.1% in June – has so far been relatively moderate. It is true that these figures do not convey the complete picture: the hours worked have decreased markedly and people unable to work due to the limits imposed do not necessarily appear in the unemployment statistics. Even so, it is clear that the impact on European workers would have been much worse without the safety nets that are an essential part of our welfare states and our social market economies. One need only look at the unemployment rate in the United States, which, in a short period of a few months, has skyrocketed several points above the EU rate, to remind ourselves that, although European labor markets are far from perfect, they have their points

An example is the reduced working time schemes, such as, in Portugal, the lay-off simplified and the subsequent Portuguese measures included in the Economic and Social Stabilization Program, namely support for the progressive resumption of activity. These and similar programs allow companies to keep workers in their jobs during periods of substantially reduced economic activity. Of course, these schemes do not eliminate the need to invest in improving skills and training people for new opportunities – in fact, this should be a priority in the national recovery and resilience plans that each Member State will prepare in the coming months. But so far, these regimes have clearly been a key factor in protecting European workers from the most serious consequences of the recession.

However, these important instruments have a significant cost for public finances, especially when demand is at record levels. In order for EU countries to maintain the necessary level of coverage, last April the European Commission proposed the creation of a new financial instrument. SURE, which will be available in the coming weeks, will cover the costs directly related to the creation or extension of national schemes for reduced working time, as well as other similar measures and, in particular, for the self-employed, that countries adopted in response to the pandemic.

The Commission will soon be in a position to start obtaining funds for SURE in the financial markets. Thanks to the very low credit costs of the EU, we are able to grant loans to Member States on particularly favorable terms. This operation will be a precursor to other, much more comprehensive market operations that the Commission will undertake to finance the EU recovery plan, agreed by EU leaders in July.

After evaluating the requests for support received so far, the Commission this week proposed to grant an initial amount of 87, EUR 3 billion to 16 Member States through the SURE instrument. This amount includes 5.9 billion euros for Portugal. Contacts are underway with other governments, with further requests expected. But, with more than four fifths of the total allocated, it is already evident that SURE was very necessary and is on its way to be a testament to the power of European solidarity. Together, EU member states can mobilize more financial resources at better conditions, managing to preserve the livelihoods of families across the continent. This is Europe achieving concrete results for our workers.

For at least a decade, various ideas for an unemployment reinsurance system have been debated. The fact that the Commission's proposal to create SURE was adopted in just a few weeks by EU finance ministers is proof that, when there is political will, it is possible to agree on bold European solutions.

SURE is a necessary response to an unprecedented emergency. It should also be seen as a first step towards a permanent European unemployment reinsurance system, as requested by Ursula von der Leyen, last year, before his confirmation as President of the European Commission. With our economies recovering, we cannot leave anyone behind. Europe must be synonymous with solidarity not only in emergency situations, but each and every day.