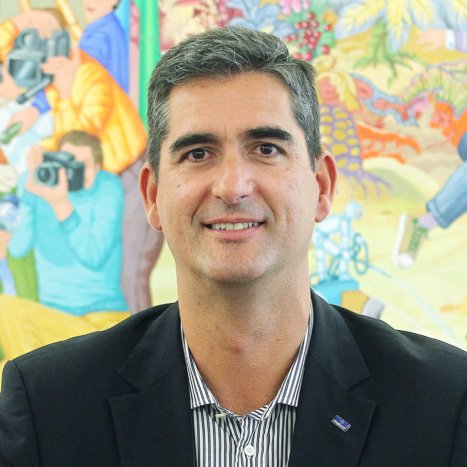 Choosing what to eat in Western society is, among other things, a political act. Choose what to finance as well.

Food is no longer just a commodity . In addition to a basic need, food is also a social symbol, a motto for socialization and, in recent years, for some, it has become a political act. Produce the food too. The publication of the National Energy and Climate Plan 2030 (PNEC) and the sector's response to the pandemic situation that we still live in, open the door to hope with regard to the recognized relevance to the agrifood sector in general, but they also reinforce the need for our reflections.

The PNEC, in fact, recognizes that all agriculture represents only 10% of CO2 emissions produced in Portugal , a demonstration of reality that is also synonymous with the work we have been implementing in favor of environmental sustainability. On the other hand, under strict contingency plans, during the state of emergency, this sector was resilient. Companies in the sector were able to adapt in such a way that the Portuguese did not experience limitations in access to products of animal origin. This is good news, which we are pleased to note, but we are facing huge challenges in the next decade.

Issues related to sustainability remain on the agenda and, considering the horizon 2030, the Strategy “Do Prado ao Prato “and the European Union's economic recovery plan, the additional pressure to take concrete measures by the various actors in the agrifood sector, in favor of sustainability, will not diminish.

In this perspective, innovation and research will be fundamental for the realization of these designs, namely for the realization of projects such as FeedInov , the collaborative laboratory created in Portugal to study innovative feeding strategies for sustainable animal production. This is an example of our commitment to the goals for sustainable development. Make no mistake: despite the agricultural sector, as recognized in the recently published PNEC, only represent about 10% of total CO2 emissions, and stipulating a reduction of as a reduction target for agriculture) % Up to 2030, there are already projections that point to an increase in the relative weight of agriculture in global emissions up to 2050, as a result of the planned measures, some of which are financially supported, for the sectors of transport and electricity production. Achieving carbon neutrality in 2050 will require a huge adaptation effort, for which adequate funding is needed and in line with ambitions.

Among peers, Animal Feed is already rightly called “the champion of the circular economy”. In fact, more than 30% of the raw materials we use are co-products from other industries, but now another challenge is posed: incorporating, yet moreover, science in our day-to-day lives, namely increasing the efficiency of the rations for a precision feeding, which allows to produce lower GHG and effluent emissions. Will the European Union's next Multiannual Financial Framework be properly safeguarding the research and innovation funds needed to make this happen? Choosing what to eat in Western society is, among other things, a political act. Choose what to finance as well.

The resilience and adaptability of the Animal Feed Industry in the confinement phase to which we were subject reinforce what we have always said: we do, and we want to do, part of the solution!

iPhone 12: The shells have no holes for the speakers

Amazon criticized all over France on Black Friday