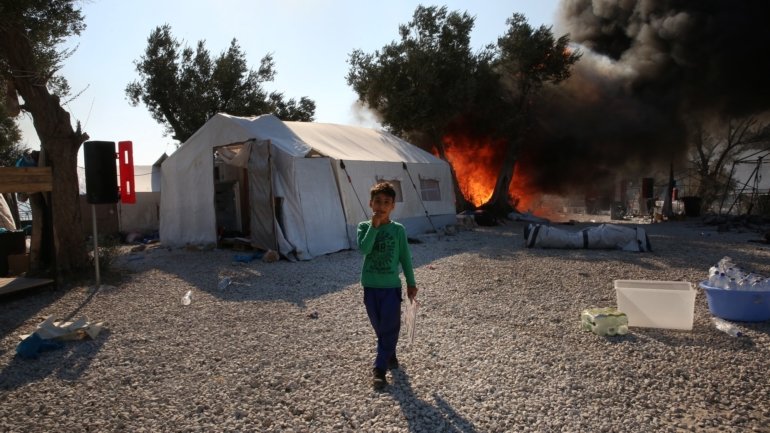 Ten European Union countries will receive around 400 unaccompanied minor migrants, evacuated from the Greek island of Lesvos after the fires that destroyed the Moria camp, the German Minister of the Interior announced on Friday.

“Our contacts with the Member States of the European Union have led 10 countries to participate in the reception” of these 400 minors, declared Horst Seehofer, during a press conference in which also participated the vice-president of the European Commission, the Greek Margaritis Schinas. According to the minister, Germany and France will bring together between 100 and 150 children each. “We are discussing with other European partners to clarify the figures, but we assume that it will be up to us to receive the bulk of this group,” he added.

Margaritis Schinas thanked, in a virtual intervention, the availability of both countries and recalled that, in recent months, it has been possible to reduce the number of refugees in Lesvos from 25,000 to around 13,000. Seehofer, for his part, urged his European partners to reach a “common solution” which, he warned, can no longer be postponed.

Located on the Greek island of Lesvos, Moria – the largest refugee camp in Europe and the one with the worst conditions, as it housed around four times as many people as its capacity – suffered several fires on Wednesday after clashes between migrants and Greek authorities. The fire was detected after it was announced that 35 people in the camp had tested positive for Covid-19 infection and were to be transferred to a special isolation area. On the same day, the German Foreign Minister asked the countries of the European Union to take care of the migrants affected by the “humanitarian catastrophe”.

“We must quickly determine how to help Greece” and include in this aid “a breakdown among the EU countries available to receive [os migrantes]”Said Heiko Maas. The cost of moving the 400 unaccompanied minors from Moria to mainland Greece was covered by the European Commission and the Greek government declared a state of emergency on the island of Lesvos as the fire destroyed nearly the whole refugee camp.

Germany already hosts an average of 300 refugees per day – arriving via the Balkans or other routes, under family reunification rules or under other circumstances – the interior minister said today. German Chancellor Angela Merkel explained in Berlin on Thursday that, in a telephone conversation, Greek Prime Minister Kyriakos Mitsotakis asked her for help in welcoming the homeless refugees. “Germany is assuming its responsibility. But we cannot be satisfied with European migration policy. In reality, this policy does not exist at present ”, declared the Chancellor, who has promised to work, under the current German presidency of the European Union, to achieve“ progress in this area ”.

Pressure on the Merkel government and in particular Minister Seehofer to offer humanitarian aid began on Wednesday. Thousands of demonstrators marched in Berlin, Hamburg and Frankfurt and other cities to demand the reception of these refugees and the Catholic and Evangelical churches called on the political class to provide humanitarian aid.

The regional government of Land Berlin has offered to host around 300 people, while those of Thuringia, Bavaria and North Rhine-Westphalia have offered to host around 1,000 people each. Germany is among the group of countries committed to transferring refugees to Greek camps. Since mid-July, it has welcomed around 450 minors, most of them unaccompanied or accompanied by members of their family, in cases of particular vulnerability. The Interior Ministry’s goal was to receive a total of 950 refugees by the end of September or early October.

“Apparent terrorist attack”: Shots at a synagogue in the center of Vienna – several injured – political

Foreign citizens should be careful: the US embassy warns of “possible terrorist attacks” in Turkey – politics