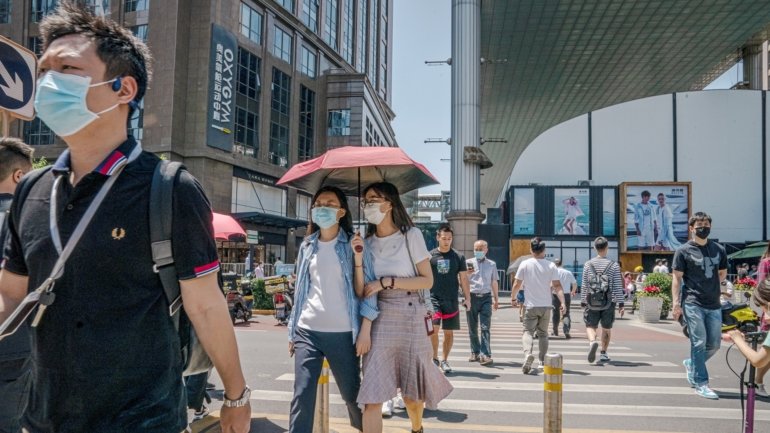 China has authorized the start of human clinical trials of a possible vaccine against Covid-19, the only one administered by nasal spray, news portal Sina.com announced on Friday.

This is not the first time that this form of administration of this vaccine has been chosen. For example, a team of scientists from the University of Coimbra announced the development of a hepatitis B vaccine in the form of a nasal spray.

After receiving the green light from the Chinese National Administration of Medicinal Products, this potential vaccine will begin the first phase of clinical trials in November, with around 100 volunteers, in the coastal city of Dongtai, in the east of the province. of Jiangsu.

The project was jointly developed by the universities of Xiamen and Hong Kong and the Beijing biotechnology company “Wantai”.

Experts quoted by the official press say that carrying out the three phases of the tests would take at least a year, even if, if effective, the vaccine can offer “double immunity” against the coronavirus responsible for Covid-19 and influenza.

The reason is that fragments of the protein that forms the “corona”, which gives the name to the infectious agent of SARS-CoV-2, have been used in attenuated viruses of the common seasonal influenza.

The promoters of the project hope that the administration of the vaccine by nasal spray will reproduce the usual route of contagion of respiratory viruses and thus induce an immune response, although it is not yet known whether the protection generated will last longer or less than if it were injected. .

Researchers only anticipate mild side effects, such as nasal congestion, although it is possible that this could cause asthma or difficulty breathing.

So far, the Chinese authorities have given the green light to clinical trials of a dozen possible vaccines against SARS-CoV-2, the new coronavirus responsible for Covid-19 disease, four of which are in the third stage.

watchOS 7.1 and tvOS 14.2 are available in the final version

Corona summit turns out to be a chaos rally: the rulers make failure too easy – political