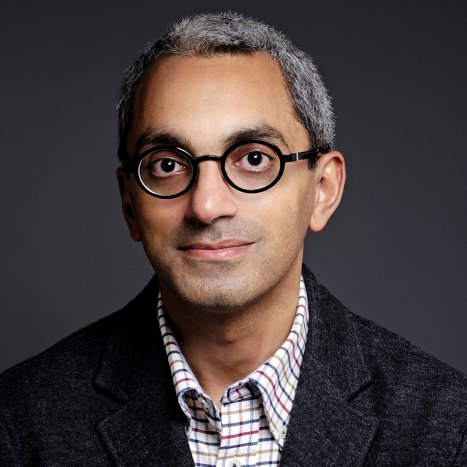 1 In 1992, as a lieutenant colonel in the army, Hugo Chávez led a failed coup attempt in the country with the world’s largest oil fields – Venezuela. As a result, he was imprisoned for two years, amnestied. In 1998, he was elected president of Venezuela, against the traditional parties and with an agenda for the defense of the most disadvantaged. In 1999, following a referendum which promotes and wins, the constitutional order is changed. Venezuela is renamed the Bolivarian Republic of Venezuela, the parliamentary system ceases to be bicameral and becomes unicameral. Presidential and executive powers are widely extended to the detriment of parliamentarians. Following the validity of the new Constitution and the call for new elections, he is re-elected and the Parliament approves increased powers for the President: he can legislate by decree. There are nationalizations and agrarian reforms. In 2002 there was an attempted coup attempt to replace Chávez, possibly with American backing. In 2004, there is a referendum, internationally recognized as democratic, which guarantees his continuity in power. The 2007 presidential election wins, the year she decides to shut down the country’s oldest and most popular television station, which contests it, replacing it with a state-controlled channel.

At the same time, in terms of the distribution of wealth, Chávez promotes policies that reduce poverty and improve Venezuela’s human development index.

Hugo Chávez died in 2013, when oil prices – which represent more than 90% of Venezuelan exports – suffered a sharp drop (a trend that became systemic in the following years). He was replaced in the presidency by the vice-president, Nicolás Maduro, who, again that year, was elected president. In 2015, the opposition won the legislative elections, in a troubled political, social and economic context.

To bypass the opposition, which seeks to remove him, Maduro summons a Constituent Assembly in 2017, removing the powers of the elected parliament. In the troubled 2018 presidential elections, the Election Commission was declared president-elect. But opposition political parties and opposition leaders were not allowed to run. Maduro was not recognized as the winner of this election by either the Organization of American States or the European Union.

2 Venezuela is currently the country with the highest inflation rate in the world – 2358% per year. According to Amnesty International, in a report for 2019: “Venezuela continues to experience an unprecedented human rights crisis. Extrajudicial killings, arbitrary arrests, excessive use of force and unlawful deaths by security forces continue as part of a policy of repression aimed at silencing dissidents. The political and institutional crisis worsened in the first months of the year, leading to increased tensions between the executive of Nicolás Maduro and the legislature headed by Juan Guaidó. The growing social protest has been confronted with a wide range of human rights violations and an intensification of the policy of repression by the authorities. Prisoners of conscience have been subjected to unfair criminal prosecutions. Freedom of assembly and expression are constantly threatened. Human rights defenders are stigmatized and face more and more obstacles in carrying out their work. (…) Interference with the independence of the judiciary continued and the isolation of regional human rights forums left victims of human rights violations with little means to obtain justice. . The authorities refused to recognize the real scale of the humanitarian emergency and the deterioration of living conditions. The population faces severe shortages of food, medicine, medical supplies, water and electricity. At the end of 2019, the total number of people having fled the country in search of international protection reached 4.8 million ”.

Indeed, these 4.8 million refugees, according to the United Nations, are joined by 650,000 Venezuelans seeking political asylum and 2 million living in other American countries under “other legal forms of residence”.

Also according to Amnesty International, in February 2019, “in the town of Santa Elena, on the border with Venezuela and Brazil, the Bolivarian National Guard used excessive force against the natives who were heading for the border to receive humanitarian aid. . OHCHR confirmed that seven people had died and 26 were injured by gunfire from military forces. Due to a lack of medical supplies, the injured were taken to a Brazilian hospital. “

3 Boaventura Sousa Santos, a great admirer of Hugo Chávez and the “Bolivarian revolution”, is director emeritus of the Center for Social Studies at the University of Coimbra. Recently, he wrote an article in the Público newspaper entitled “The hour of the left: now or just a long time”, on the current political situation in Portugal. In this article, he defends the need for a parliamentary agreement between PS, PCP and BE in the approval of the State budget for 2021, at a time which will correspond to “a new period of structural change” (the previous ones would have summer 1986-1996 and 2011-2015, “Dominated by the forces of the right”).

Back to Venezuela: In a 2017 article, titled “In Defense of Venezuela”, says Boaventura Sousa Santos: “I am shocked by the bias of European media, including Portuguese, on the crisis in Venezuela”. He also said: “Venezuela is going through one of the most critical moments in its history. I have followed the Bolivarian revolution critically and in solidarity from the start. The social achievements of the past two decades are indisputable. “

In an early 2019 article, titled “New Cold War and Venezuela,” he said: “It is not difficult to conclude that the defense of Venezuelan democracy is not at stake. What is at stake is is the oil of Venezuela ”.

At the end of 2019, in an open letter addressed to the President of Colombia, he declared, concerning the interventions of the Colombian government towards the indigenous populations: “I am not exaggerating, Mr. President, by saying that what we let us see in Colombia is an ethnocide against a specific part of the population. “.

What I hear from this are facts and conclusions: Boaventura Sousa Santos publicly criticizes the action against Indians in Colombia, but he does not hear a word about the killing of Indians by government forces in Venezuela. He criticizes the European media and does not mention the control of communication in Venezuela. It highlights the social and economic gains of the most disadvantaged population of Venezuela between 2000 and 2010 and completely ignores the situation of hunger that has raged since 2012. It defends the existence of a democracy in Venezuela to legitimize the decisions of the government , but it omits police repression, illegal detentions, silencing opponents of the regime. He defends the existence of a new Constituent Assembly in Venezuela, but he forgets the legitimacy of a democratically elected National Assembly. He claims that the United States is the source of instability in Venezuela and that it seeks to encourage illegal actions to seize power, but he certainly knows that Hugo Chávez attempted a coup in 1992. ‘State.

This duplicity is unbearable in an academic and public debate. In fact, like some other Portuguese academics, under the guise of the university, Boaventura Sousa Santos declares with the authority of science what demagoguery is. Show us the world with monofocal glasses. And now he comes, as an intellectual inspirer of the left, to call for his union in Portugal. In order, he says, to promote the centrality of the State, in times of pandemic, of energy transition, of mobility models, in food policy.

We know the Venezuelan model of “Bolivarian democracy” that he defends so much: a nationalized country, dependent on oil exports, undermined by hunger and from which nearly a third of the population has fled in the last six years, in an exodus. unprecedented.

We already know the film. But there are those who insist on its reiteration, in an unbearable denial of reality.

But, more than the Costa Silva plan – criticized but detailed – it is the Boaventura plan – which can be summed up in one sentence – which will save us: give the State all the power.

It is, as he says, “the hour of the left”. Let the state control all political, economic and social systems. And let the left take care of the state. And everything will be resolved.

Anyone who does not believe this is, of course, a reactionary. Here or in Venezuela.

We need to change our glasses.

Tour stories: kicked out of the race to save a colleague

An excuse for the Prime Minister | Editorial

Deutsche Bank economist Stefan Schneider: “The recovery is slowing down” – the economy