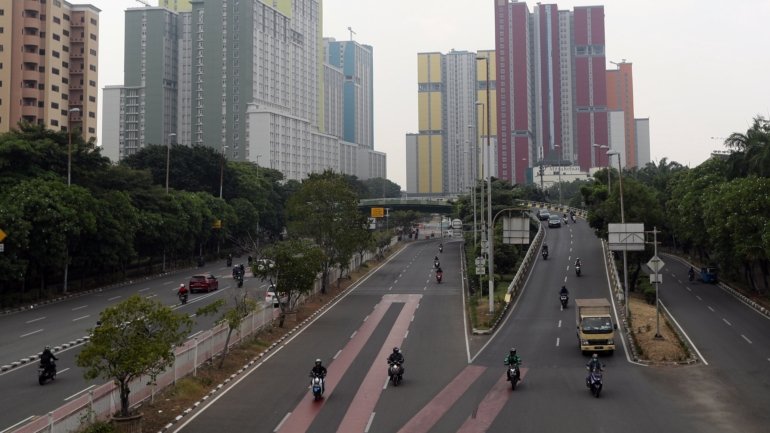 Some 10 million Jakarta residents will have to return to at least two weeks of strict social detachment measures to face the risk of an increase in Covid-19 contagion, officials said. The Indonesian capital has recorded 54,000 cases of the disease since the start of the pandemic, nearly a quarter of all those infected across the country and 1,390 additional deaths, with the population with the highest number of deaths.

“We need tougher measures to control the increase in cases in Jakarta,” Jakarta Governor Anies Baswedan said on Sunday. The metropolis, which was already in a phase of transition to normality, following a partial confinement ended in June, will see the closure of schools, leisure areas, parks and sports facilities, as well as the suspension of seminars, conferences or weddings, among others. other social events. The reimposition of measures, including stopping non-essential economic activities, will continue until September 28, without affecting neighboring provinces and cities. In addition to promoting teleworking, asymptomatic patients or those with mild symptoms will be sent to government centers for quarantine, no longer staying at home. Presence in places of worship will be limited to 50% of total capacity, and those located in high-risk areas will be closed. However, trips outside the city may take place, despite certain limitations.

With 267 million inhabitants, Indonesia is the fourth most populous country in the world and, with more than 218,000 cases of covid-19, it is the second country in Southeast Asia most affected by the disease. pandemic. With 8,723 dead, it is the nation with the highest mortality in the region.

Resistance to the Bundeswehr in the Corona operation: Defense Secretary can turn left – politics

Special summit agreement: how the EU got through to sanctions in Belarus – politics