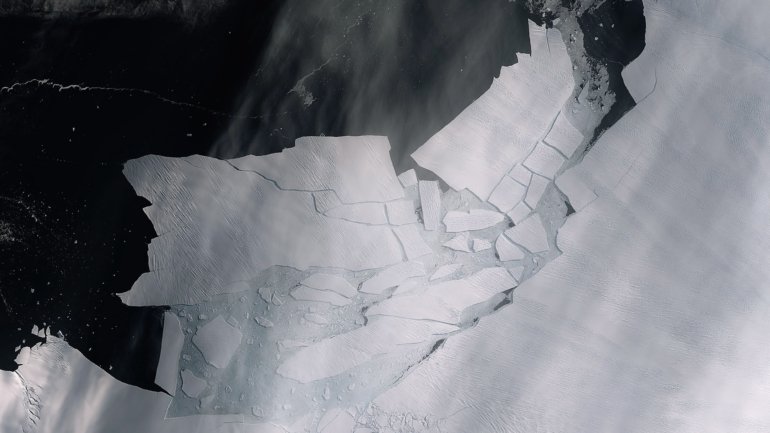 Much of the Greenland polar cap, covering some 110 square kilometers, has ruptured in the northeastern Arctic due to rapid climate change, scientists say.

The section of ice separated from a fjord called Nioghalvfjerdsfjorden which is about 80 kilometers long and 20 kilometers wide, the National Geological Survey of Denmark and Greenland reported today.

The thaw is located at the end of the ice flow of northeast Greenland, from where it flows from land to the ocean.

Annual changes in the thaw height of the largest arctic ice shelf northeast of Greenland are measured by optical satellite images, according to the GEUS research center.

The images show that surface losses over the past two years have exceeded 50 square kilometers.

“We need to be concerned about what appears to be a gradual disintegration on the largest remaining ice shelf in the Arctic,” said Jason Box, professor at GEUS.

“Another huge chunk of vital sea ice has fallen into the ocean,” said Laura Meller, spokesperson for environmental organization Greenpeace, who is on board the ship Arctic Sunrise.

“This is another red flag caused by the climate crisis in a rapidly warming Arctic,” he said.

Last week, Ruth Mottram, a scientist at the Danish Meteorological Institute in Copenhagen, said that “this year the ice sheet has lost more ice than it has added in the form of snow”.

“What’s curious is that if we had seen this collapse 30 years ago, we would have classified it as extreme. This means that in recent years we have gotten used to an accelerated collapse, ”he added.

After years of trade conflict, the EU can impose multi-billion dollar punitive tariffs on US imports

Controversial Fehmarnbelt Crossing: A Billion Dollar Project Is On The Test – Politics

Questions of the day: Breakdown on Warning Day and 20 billion less taxes – that was important today – politics

Much ado about almost nothing: this motor vehicle tax reform is purely cosmetic policy