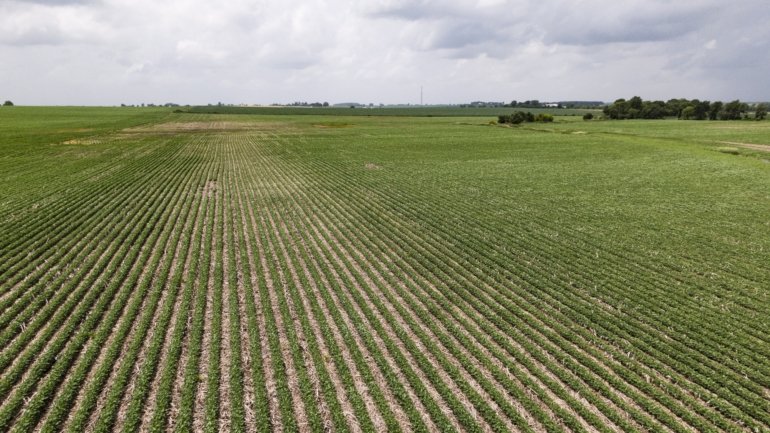 Brazil’s ambassador to Lisbon said on Monday that his country is more and more willing to feed a substantial part of humanity, and that it is already doing so “in accordance with strict environmental and health standards”.

Brazil today plays a crucial role in global food production. Even during the crisis that we are going through, the Brazilian campaign has redoubled its efforts and obtained very satisfactory results in terms of increasing production, with visible effects on our trade balance, ”said Carlos Alberto Simas Magalhães.

The diplomat, in an article published in the first edition of the Sustainable Agro Bulletin, which the Brazilian Embassy launched on Monday, added: “Thanks to these efforts, Brazil is increasingly able to nurture a substantial part of humanity, and it already does so with the respect of strict environmental and health standards ”.

Dialogue with the players concerned in our main markets helps us to understand the evolution of perceptions and expectations in this area, and to always adopt the best practices in this area ”, he underlined.

According to Carlos Simas Magalhães, one of the objectives of the publication of the bulletin “is to keep the European and Portuguese public satisfactorily informed of the continuous efforts of the Brazilian government to reconcile environmental conservation with the expansion of food production. “.

For the diplomat, the forest code, in force in the country since 2012, and the “ambitious” low-carbon agriculture plan are some of the proof of environmental concerns.

Thanks to these efforts and this historic direction that permeates governments, we have reached 2020 with 66% of native vegetation preserved. In the Amazon, this figure rises to 84%. These are data that contrast with false images and narratives, which unfortunately are gaining ground with certain bodies and sectors of opinion, and it is important to contrast with the facts, ”said the Ambassador.

The first edition of the newsletter contains an article by the former Brazilian Minister of Agriculture (between 2003 and 2006), Roberto Rodrigues.

Agribusiness in Brazil is identified as one of the sectors that has contributed the most to deforestation in the Amazon and other regions of Brazil.

On Friday, according to data from the National Institute for Space Research, linked to the Brazilian government, deforestation alerts in the Brazilian Amazon fell 21% in August compared to the same period in 2019, but are still high, since the result is the second worst since 2015.

In the first eight months of this year, deforestation alerts fell 4.94% in the Amazon compared to the same period last year, reaching a total of 6,099 square kilometers.

The non-governmental organization World Wide Fund for Nature Brazil (WWF-Brazil) said in a statement that August figures “are not enough to reverse the trend of fire growth” in the biome (set of ecosystems) , which “feed on organic matter” produced by deforestation.

“Anyone who deforests now will have to burn to occupy the ground, and September is the second driest month in the Amazon and one of the last opportunities to do so,” which makes it easy to understand why “fires have increased by 85% in the first. 10 days ”this month, said Mariana Napolitano, scientific program manager at WWF-Brazil.

The Brazilian Amazon recorded 29,307 fires last August, up from 30,900 in the same month of 2019, which were the worst in the last decade and generated a wave of international outrage, which has not been repeated this year with the same intensity.

Julian Assange extradition decision after the US presidential election – Observer