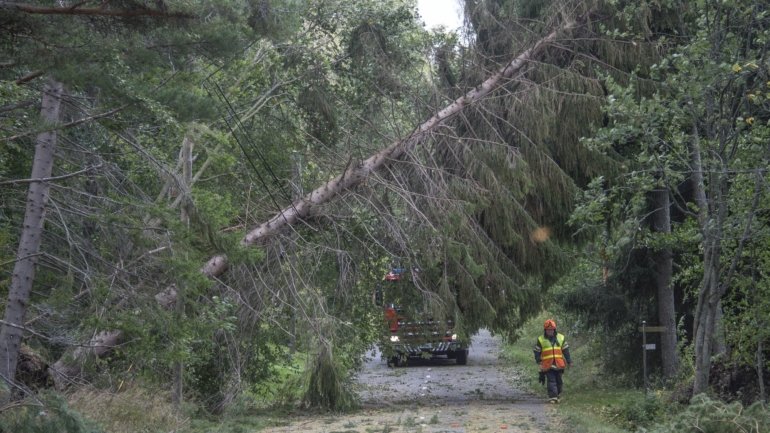 A severe storm hit Finland and left more than 80,000 homes without electricity, disrupting ferry traffic in the northern Baltic Sea and prompting authorities to warn citizens to stay at home.

The storm, called “Aila”, hit the west coast of Finland for the first time on Wednesday evening and is now crossing the center and south-west of the country, of 5.5 million people, causing the fall of ‘trees and other property damage due to heavy rains and winds of up to 125 kilometers per hour.

The storm is expected to move further south on Thursday, hitting the Finnish capital Helsinki in the afternoon, then crossing the Baltic Sea into neighboring Estonia, where high winds of up to 115 kilometers per hour have already been recorded in coastal areas. .

Shipping companies operating between Finland and Sweden in the Gulf of Bothnia, the northernmost arm of the Baltic Sea, and Finland and Estonia canceled most ship departures on Thursday.

Support for the poorest countries: The G20 is fighting for debt restructuring – the economy

Four scenarios for the near future: what is the Kremlin planning for Belarus? – Politics