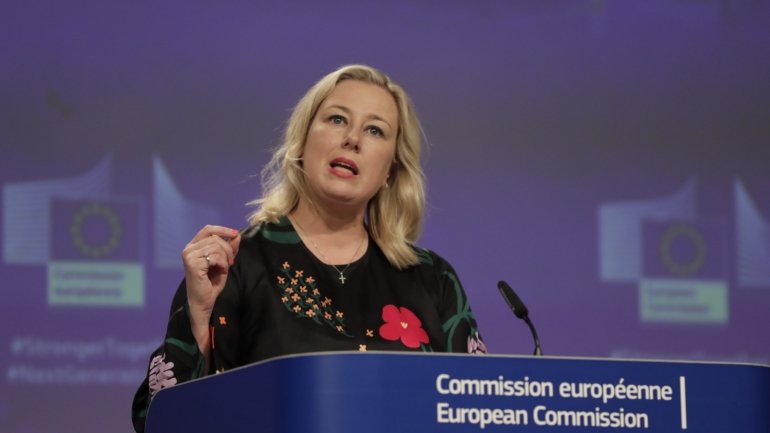 During a debate on the situation in northern Mozambique, held during the plenary session of the European Parliament in Brussels, the European Commissioner for International Partnerships, Jutta Urpilainen, who represented the Community executive, began her speech by admitting that “today, northern Mozambique is facing a new threat, an outbreak of armed violence, with a dangerous regional dimension”.

“I would like to start by reiterating our solidarity with the Mozambican people. We have strong political and development relations with Mozambique and are ready to discuss options for assistance. I am also happy to inform you that the government and the EU have opened a political dialogue focused on humanitarian developments and security issues in Cabo Delgado, ”he said.

The European Commissioner then recalled that “in the April Council conclusions, the EU underlined that, whatever the urgency, any response to violence in the north must guarantee full respect for human rights », To then refer to the report of Amnesty International, which on September 9, he denounced allegations of torture and other violations of human rights committed by the Mozambican security forces in Cabo Delgado, in the north of the country. “Amnesty International’s recent report is extremely shocking. All allegations, including those involving members of the armed forces and the police, must be investigated in a transparent and efficient manner, with full respect for the legal rights of victims and accused, ”he said. he assures.

The European Commissioner added that “the EU advocates an integrated and coordinated approach which promotes democracy, human rights and the rule of law” in the country, “without forgetting the freedom of the press and of society civil “.

According to Amnesty International’s report, there is documentary evidence – videos and photos – which “show attempted beheadings, torture and other ill-treatment of detainees, dismemberment of suspected opposition fighters, possible extrajudicial killings and the transportation of large numbers of detainees. corpses in mass graves ”. This week, Amnesty International called on the Mozambican authorities to open an “independent and impartial investigation” into the extrajudicial execution of a naked and defenseless woman in Mocímboa da Praia, after a “horrific video” was broadcast on the victims. social networks.

The Mozambican defense minister denied on Wednesday that the alleged soldiers appearing to shoot a woman were from Mozambique’s armed forces and denied accusations of abuse in the fight against armed groups in the north of the country.

At the same time, also on Wednesday, EU Ambassador to Mozambique António Sánchez-Benedito Gaspar announced after a meeting in Maputo devoted to the role of the Integrated Nordic Development Agency (ADIN) in Mozambique, which the European Union wants to define by the end of the year, a reinforced support strategy for Cabo Delgado, the open “political dialogue” to which the Commissioner referred during the debate in the Brussels hemicycle.

“There is already work to be done to have a strategy that must be finalized before the end of the year,” said the ambassador, stressing that there is an urgent need to establish “the main lines of work” and that he There is already a “cartography” with the EU member states. and partners on cooperation that each can promote in the region.

The province of Cabo Delgado has been the target of attacks by armed groups for three years, some claimed by the “ jihadist ” group Islamic State, but whose origin remains in debate, causing a human crisis with more than a thousand dead and 250,000 internally displaced people. It is estimated that 374,000 people were still affected in 2019 and early 2020 by inclement weather and flooding, in particular Cyclone Kenneth, in April last year, which left 45 people dead and devastated several villages, devastating many public infrastructure. . , such as schools and health facilities.

Day 4 of the US election: Biden wins Pennsylvania – to become the 46th US president – politically