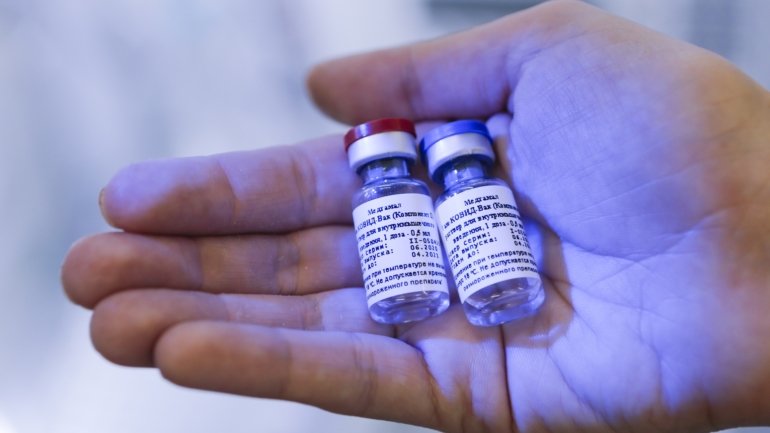 The first phase of clinical trials with the Russian vaccine Sputnik V took place in July. A few days later, the vaccine was cleared in the country of origin, even without having completed clinical trials or published results. The first data was published in the prestigious scientific journal The Lancet on September 4, but now a group of scientists is questioning the results presented to present a duplication of values ​​and not discriminate against the data used in the charts.

Due to the lack of original digital data, definitive conclusions cannot be drawn as to the confidence in the data presented, especially with regard to the apparent duplication detected ”, writes Enrico Bucci, professor of biology at Temple University (United States ) and author of a note of concern regarding the Lancet article.

To the Moscow Times, Enrico Bucci explained that the note of concern, which this Thursday had already been signed by 37 scientists from all continents, “is a request for clarification”, both to the authors of the article and to the magazine . “It’s not a claim for nothing.”

“Russian businessmen are very competitive and paranoid.” The secret of the trial irritates Russian scientists

The point is that the biologist and other signatories to the concern note say they have found data that has raised doubts. “There are some very strange patterns in the data. By strangers I mean there are duplicate values ​​for different [grupos de] sick… which cannot happen, ”Enrico Bucci told The Moscow Times. Groups of volunteers who exhibited identical values ​​had been subjected to two formulations, with three research arms (as recorded here and here), out of a total of 76 volunteers, making it unlikely that they had the same results. Even because, looking at the trials of other vaccines, the signatories of this open letter did not find the same pattern of repeat.

Between the [diferentes] groups of nine people, testing completely different things, we see exactly the same numbers. It is highly unlikely to see such a large number of duplications, ”Enrico Bucci told The Moscow Times newspaper.

The criticism does not only concern the Russian scientists responsible for the development of the vaccine, but also the scientific journal itself which agreed to publish the article without including the raw data tables as has been done by other journals concerning the research on the new coronavirus. Only by having access to the original data, independent researchers can reanalyze the data and verify that the conclusions are maintained.

Enrico Bucci added that without access to the data, it cannot be said that it was a fraud, but neither can they say if it was just a mistake or if there has an explanation for the situation. The truth is, when it comes to the pandemic, this is not the first time Lancet, which is considered a prestigious magazine, has been involved in criticism of a published article.

In June, the magazine had to withdraw an article because it was not possible to guarantee that the data presented was reliable – data that was not properly reviewed by critics. The article originally published by a group of authors whose area of ​​expertise is not immunology, virology or clinical trials, concluded that the use of hydroxychloroquine may increase the risk of death. The World Health Organization has temporarily suspended clinical trials with the drug on the basis of the article which was later found unable to guarantee the findings presented.

PSD requests clarifications from the Minister of Internal Administration. “This is not the first flight of migrants”