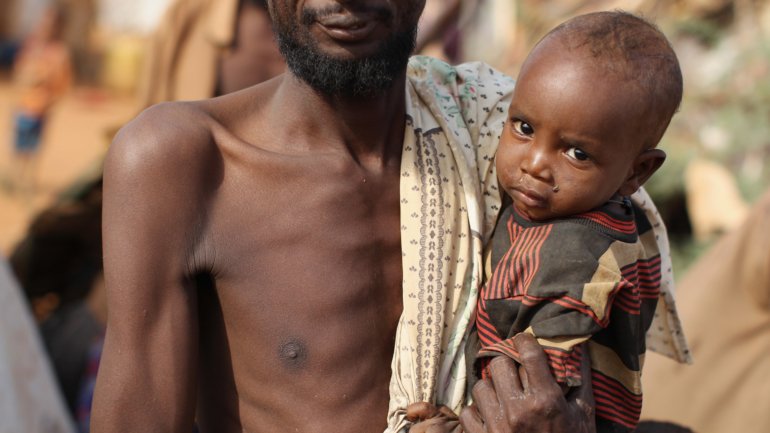 The head of the United Nations World Food Program has warned that millions of people could be affected by hunger due to the combination of armed conflict, climate change and the Covid-19 pandemic.

David Beasley of the World Food Program (WFP) reminded the United Nations Security Council that in April he warned of the possibility of a “famine pandemic” and called on donor countries and multi-millionaires to help to provide the means to ensure the survival of those at risk.

WFP and United Nations partner agencies are “doing everything” to help 138 million people directly affected by hunger this year. “This is the largest number in our history,” he said.

The world needs you now. It’s time to do the right thing.

Beasley said more is needed to save 270 million people who are “ever closer” to starvation. “For the moment, 30 million depend on WFP aid and will not be able to survive without this aid”, he warned, adding that the situation has already reached “three dozen countries” and could become deeper in the regions where armed conflicts take place.

In particular, Beasley, referred to “the Congo where violence has increased, reaching 15.5 million people” who are severely affected by the lack of food.

The same situation exists in Yemen, which faces the biggest humanitarian disaster ever; Nigeria and South Sudan, where millions of people “lack food security” due to the Covid-19 pandemic.

The official said WFP needed $ 4.9 billion (about € 4.13 billion) to feed 30 million people at risk of death if they did not receive emergency assistance this year. “The time has come for those who have more to come forward and help those who have nothing, at least in this extraordinary time in the history of the world,” said Beasley.

There are more than two thousand multimillionaires in the world, “added David Beasley, former governor of the US state of South Carolina, noting that many fortunes in the United States” make millions. [de dólares]“During the pandemic. “I am not against the idea of ​​making money, but humanity is facing the greatest crisis in history,” he lamented.

The head of the World Food Program also said that measures to contain the pandemic must be coordinated and provide for the maintenance of international aid chains and circuits by raising concerns about containment situations. “There is a risk that many people will die from the social and economic effects of the pandemic than from the novel coronavirus itself, especially in Africa,” Beasley said.

“We don’t need the cure to be worse than the disease itself,” he concluded.

Apple Music: Disney music has its own space