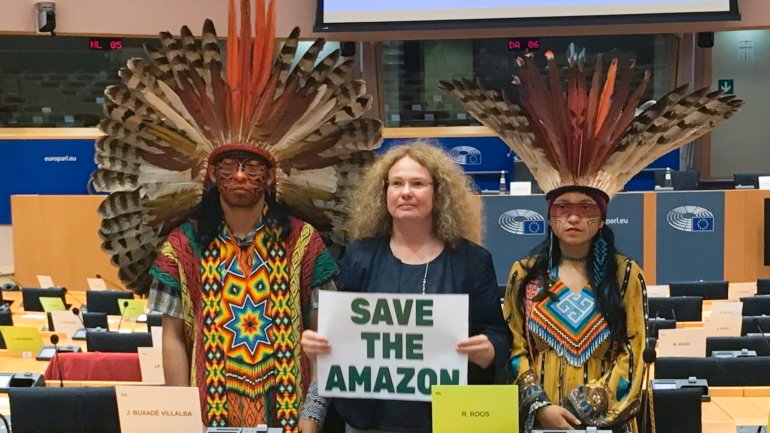 The plan of the government of President Jair Bolsonaro, to open the indigenous lands of the Amazon to mining may harm Brazil’s economy, a scientific study published in “One Earth” magazine said on Friday.

Conducted by researchers from the Federal University of Minas Gerais (UFMG), the University of São Paulo (USP), the University of Queensland (Australia) and the Socioenvironmental Institute, the study warned that the proposed Bolsonaro for economic activities in lands recognized as indigenous areas in the Amazon will have a high cost for the country.

The indigenous territories of Brazil are incredibly valuable socially, ecologically and economically, ”said Juliana Siqueira Gay of the University of Queensland, who is part of the group of researchers involved in the study.

The researcher added that these areas of interest to minors “constitute a unique category of protected areas covering 1.2 million square kilometers, or 23% of what is legally recognized as the Amazon.”

The researchers, who work in Brazil and Australia, performed calculations on existing data and examined potential mine sites, quantifying the threats that mining poses to forests and their ecosystems.

According to Juliana Siqueira Gay, the Brazilian government “wants to capitalize on this value by promoting the economy with the expansion of mining”. This policy, presented last February by Bolsonaro, “can however lead to losses of several thousand dollars each year”.

The loss on which scientists made this study and other warnings is mainly related to the effects of the production of rubber, timber, nuts and other Amazon products, not to mention the increase in damage to the Amazon. ecosystem that mitigates emissions of gases that heat the atmosphere.

This set of ecological assets generates a profit for Brazil and “it just doesn’t make financial sense to destroy something so precious,” said Juliana Siqueira Gay.

The figures, ”he added,“ are staggering ”:“ It is clear that much of the Amazon is threatened by this proposal, including the conservation of extremely rare ecosystems and the incredible diversity of indigenous groups and their cultures ”.

If the 4,600 deposits of known mining projects in the Amazon outside the reserves were opened for exploration, approximately 698,000 square kilometers of forest would be affected.

But, with the approval of the proposal, the affected area can grow by 20%, to 863 thousand square kilometers, ”said Juliana Siqueira Gay.

Another University of Queensland researcher Laura Sonter, who also collaborated on the study, said if the Brazilian Congress approves the bill sent by Bolsonaro, there will be a cascade of negative effects, both in countries and abroad.

“These lands are home to 222 indigenous groups, with over 644,000 families living in traditional communities and speaking 160 languages ​​(…) In addition to the economic costs for the nation, the lives of indigenous communities will be forever changed and there will be impacts important environmental issues, ”he concluded.

The pandemic, universities and the lessons of Darwin | Opinion