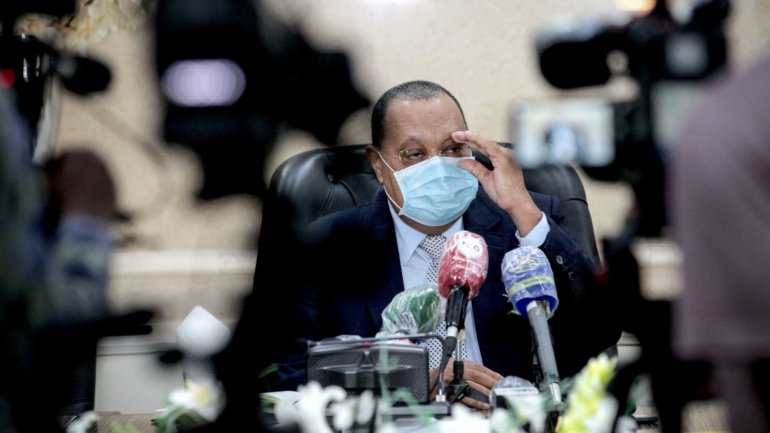 The Angolan Attorney General’s Office (PGR) ordered the freezing of accounts and the seizure of assets by Irene Neto, daughter of the first Angolan president, Agostinho Neto, a judicial source confirmed to Lusa.

The news was brought forward by the Expresso newspaper, which says the decision is linked to the investigation of several crimes in the process by AAA insurance company Sonangol, including the husband of Irene Neto, the man of business Carlos São Vicente was president.

In the meantime, a judicial source told Lusa that letters rogatory had also been sent to Portugal and Luxembourg, requesting the cooperation of the judicial authorities in these investigations.

Angolan PGR officials were also in Switzerland last week to discuss with their counterparts in that country the recovery of the $ 900 million (759.3 million euros) deposited in an account of the man. Angolan affairs, which is frozen by determination of the Swiss authorities. .

On September 8, PGR decreed the seizure of 49% of AAA Activos’ stakes in Standard Bank de Angola, under the leadership of São Vicente. Three AAA and IRCA buildings were also seized on Avenida Lenine, Nova Marginal, Avenida 21 de Janeiro and Rua Amílcar Cabral, in Luanda, also under the management of Carlos Manuel de São Vicente. The chain of hotels IU and IKA, all in Luanda, were also arrested.

The businessman was heard and implicated Wednesday on suspicion of embezzlement, economic participation in business, influence peddling and money laundering.

Sonangol, a state-owned oil company behind the insurance company that held the monopoly on insuring oil activities in Angola for a decade, said in a statement that it was following this process “with special attention”.

In an interview with MFM this Friday, businesswoman Isabel dos Santos, daughter of former Angolan president José Eduardo dos Santos, said she “irritated a lot of people” when she decided to cancel several contracts. which she considered harmful to Sonangol for having practiced overbilling. These included insurance contracts signed with the insurer AAA.

According to Isabel dos Santos, it was concluded that Sonangol could save 70% with insurance and a new contract “with much lower values” was concluded with another company.

The former chairman of the board of Sonangol says there was between $ 400 million and $ 500 million (€ 330 million to € 420 million) per year for oil insurance, which over the 10 years that La State oil company was a partner of AAA, representing potential losses of 4 to 5 billion dollars (3.3 to 4.2 billion euros).

If these 900 million, almost a billion [mil milhões] of dollars in this account are AAA dividends, how much did Sonangol have in dividends compared to AAA and why did Sonangol not follow the capital increases and let itself be diluted, if the activity was good, ”wondered Isabel dos Santos, also accused by the PGR for mismanagement and embezzlement at Sonangol.

The businesswoman, who in December saw her accounts and holdings confiscated in Angola, was also little surprised at the values ​​at stake.

G Suite is being redesigned and become Google Workspace