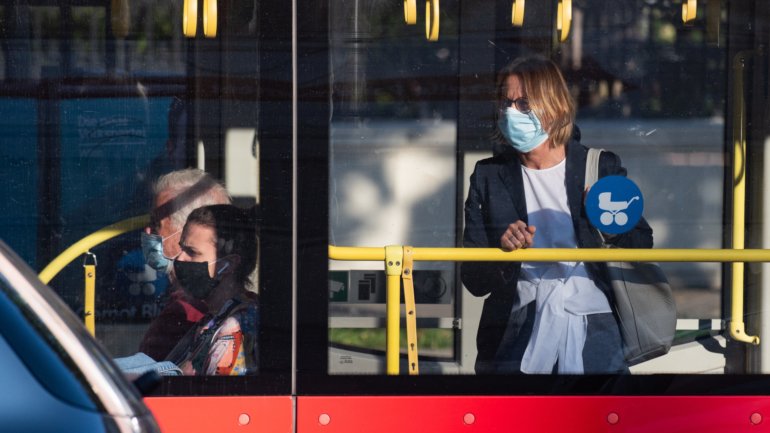 (you can check all this data on the graph)

One is France. On Thursday, French health authorities counted 10,593 additional new cases of SARS-CoV-2 infection in just 24 hours, a figure that largely broke the previous record, with 7,578 new infected cases diagnosed at the height of the pandemic. In the Czech Republic, whose maximum number of new daily cases so far was 377 as of March 27, there were 1,377 infections in 24 hours as of Thursday. And Ukraine, which appeared to have been spared between March and May, has now recorded more than 3,500 cases in one day.

On the other side of the spectrum is Italy, one of the countries most massacred by the pandemic, which would be the gateway to the pandemic in Europe and which represented 6,554 cases in 24 hours in March. The Italian graph confirms an increase in the number of new infections with the new coronavirus since the beginning of August – the country is also one of those which may already be entering the second wave of Covid-19 -, but in a big way more subtle and controlled than it was until mid-May. The figures suggest that this time the Italians may be spared, while the countries that recorded the fewest cases at the height of the pandemic may now be the ones feeling the effects of the second wave the most.

As Europe is plunged into what appears to be the second wave of Covid-19, many countries are bracing for it.

In Spain, measures had already been announced for the region of Madrid, which is currently home to most cases of SARS-CoV-2 infection in the country, but this Friday afternoon, even more limitations were known.

From Monday, gatherings of more than six people throughout the Spanish capital are prohibited. In the 37 Madrid neighborhoods with more than 1,000 cases per 100,000 inhabitants (considered the most worrying), the maximum number of people who can participate in funerals, funerals and cremations is 15 in open spaces and 10 in closed spaces. In these same areas, 857,193 rapid tests will be carried out, with the aim of more effectively detecting active cases of infection.

Among these 37 areas of greatest concern for the Spanish health authorities, the 26 areas in Madrid will be subject to mobility restrictions: hotels, gymnasiums, driving schools, sports centers, shopping centers and the terraces of restaurants and bars will have to be reduced. capacity at 50%; and the parks and gardens will close completely. All establishments must close until 10 p.m. at the latest, but food delivery services, pharmacies, health centers, veterinarians, fuel and other essential services may extend hours.

There are similar restrictions and they are also implemented locally in the UK. The British have not seen peaks in Covid-19 higher than those recorded at the start of the pandemic, but the evolution of the number of new cases has alerted health officials to the emergence of a rapid increase in new cases.

For this reason, and in order to “protect Christmas” – the phrase used by Prime Minister Boris Johnson – no one can live with people outside the home in the North West of England. Restaurants and bars should stick to table service and close between 10 p.m. and 5 a.m. (the same rule applies to other entertainment and leisure spaces, such as cinemas), residents should only use transport together to get to work or school; and it is advisable to avoid amateur or semi-professional sporting events.

In Wolverhampton and Oadby & Wigston in the Midlands, residents will also be prohibited from Tuesday from socializing with anyone other than the household. The rule will also apply in West Yorkshire, in the towns of Bradford, Kirklees and Calderdale, from September 22. And the whole of the UK already has the following ‘rule of six’: all gatherings of more than six people are prohibited.

In France, where the second wave appears to be coming in force, gatherings of more than ten people are prohibited and anyone over the age of 11 must wear a mask in public spaces – in fact, in cities like Paris, Lyon or Marseille. , use is also mandatory on the street. In Bordeaux and Marseille, no large outdoor event can accommodate more than a thousand people (a fifth of the number fixed to date), fairs, markets, academic festivals, excursions and camps are prohibited; it is compulsory to wear a mask up to a radius of 50 meters around sports halls, theaters, universities and conservatories; changing rooms cannot be used and it is also forbidden to consume alcohol in the street.

In Austria, as of next Monday, there cannot be a gathering of more than 10 people inside and more than 100 in the street, with the exception of funerals, which will not have a maximum number of participants. In addition, masks will be mandatory in outdoor commercial spaces, as well as in cafes and restaurants, except when the customer is consuming.

But of all the countries in Europe, Hungary is the one with the most worrying evolution of Covid-19: the total number of confirmed cases of Covid-19 has doubled in 12 days, reveal graphs from Our World in Data : the country went from 7,892 cases from 6 to 16 September 111 this Friday. Georgia also only needed 15 days to go from 1,548 cases on September 3 to 3,119 this Friday. Spain, for example, took 42 days to double the total number of confirmed cases. Portugal did it in 107 days.

In an international comparison in the bottom group: according to a study, Germany is far behind when it comes to digitization in schools – politics