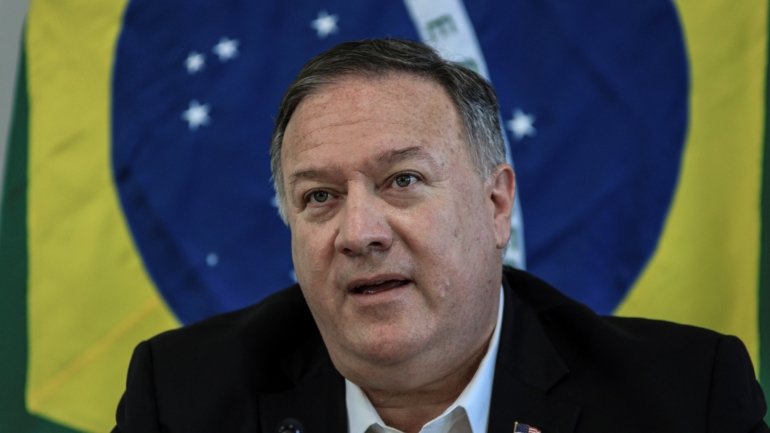 The president of the Brazilian Chamber of Deputies on Friday considered the visit of US Secretary of State Mike Pompeo to the Brazilian border with Venezuela as an affront to the country’s foreign policy. Mike Pompeo is on a four-day trip through South America, which took him to Brazil, more specifically to Roraima, a Brazilian state which hosts thousands of Venezuelan refugees, through the government program “Operation Welcome” .

“The visit of US Secretary of State Mike Pompeo to Operation Welcomed facilities in Roraima, near the border with Venezuela, at a time when there are only 46 days before the US presidential election , does not live up to international diplomatic practice and defies the traditions of autonomy and pride in our foreign and defense policies, ”the president of the Chamber of Deputies, Rodrigo Maia, said in a statement.

The deputy added that as President of the Chamber, he feels obliged to stress that the Federal Constitution provides that Brazil guides international relations, on the basis of the principles of “national independence, self-determination of peoples, of non-intervention and defense of peace ”.

“Patron of Brazilian diplomacy, Baron de Rio Branco left us a legacy of stability at our borders and of peaceful and respectful coexistence with our neighbors in South America. This heritage must be preserved with zeal and attention, because it constitutes a pillar of national sovereignty and a pillar of our defense policy ”, concluded Maia.

In Roraima, Pompeo met with Brazilian Foreign Minister Ernesto Araújo on Friday to discuss Venezuelan immigration, according to the US embassy.

After the meeting, Mike Pompeo and Ernesto Araújo said Venezuela would see “the fall of the regime” of Venezuelan President Nicolás Maduro, but they did not risk any deadline.

“The question of when Maduro will leave cannot be resolved until the day he leaves,” Pompeo said at a press conference jointly organized with Araújo in the town of Boa Vista, capital of the Brazilian state of. Roraima, which borders Venezuela and that, over the past two years, has been the gateway to some 200,000 Venezuelans who have fled their country.

“No one can predict when that day will be, but that day will come,” added the chief diplomat of Donald Trump’s administration, assisted by the Brazilian minister, who called the Venezuelan government “tyrannical, dictatorial and criminal. “.

During the press conference, Pompeo admitted to being moved during his visit, along with Ernesto Araújo, to a Venezuelan reception center in Boa Vista.

“These are people who want what all human beings want: dignity. They want a democratic, peaceful and sovereign Venezuela that they can call home, where they and their children have jobs and can live with dignity, ”said the US Secretary of State.

According to Araújo, the United States and Brazil share the same ideal of “democracy and freedom” and want to continue to cooperate in the “fight for these values” in the “new globalization”, which will occur as soon as the world succeeds. overcome the covid pandemic. -19.

Pompeo visited Boa Vista as part of a trip that has already passed through Suriname and Guyana. Immediately after the conference, the North American official left for Bogotá.

The Secretary of State’s trip coincides with the release of a harsh report by a UN special mission on human rights violations in Venezuela, which, according to the Brazilian government, “goes a long way in holding the government to account. dictatorial regime of Nicolás Maduro, which continues to stifle democracy ”.

Volkswagen will compensate employees victims of the dictatorship in Brazil – Observer

HomePod mini revealed in pictures before the keynote

Dispute between Turkey and Arab states: Call for boycott of Erdogan’s policies