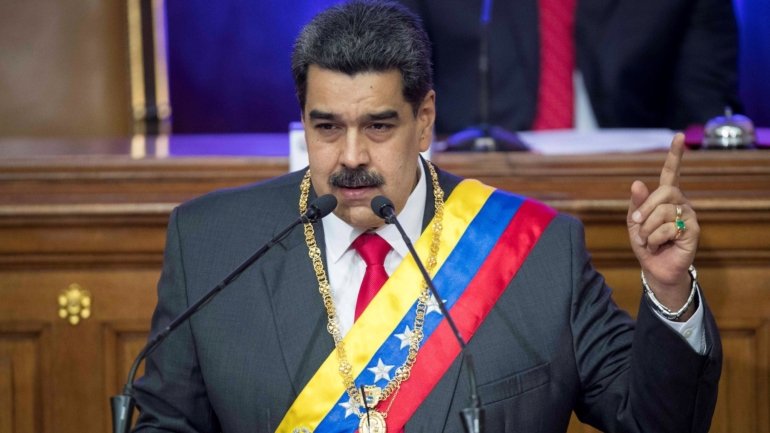 The president of Venezuela said on Friday that the US secretary of state had failed in his “war trip” to South America after Mike Pompeo insisted that Nicolás Maduro “had to leave” the political scene.

The Venezuelan head of state was speaking on public television during a videoconference with soldiers who, from the state of Aragua (100 kilometers west of Caracas), demonstrated the defense system territorial.

“In Venezuela, we are made to fight, for resistance, for spiritual strength. Venezuela will never surrender, ”he said.

The president warned that “the macabre right, the terrorist, the coup and the government of the United States have activated plans to seriously disrupt the peace in Venezuela.”

For this reason, he called on the Bolivarian National Militia (MNB) to be “more and more ready to defend the sovereignty and territorial integrity” of the country, and the Venezuelan people “a thousand eyes and a thousand ears”, because “Venezuela’s enemies are in a phase of despair because Venezuela is going to consolidate peace.”

“We must ensure that the militia have access to weapons to defend the nation, to training in their own parishes (…), we must support the militias more in all,” he defended.

Nicolás Maduro once again insisted that even if it “rains, thunders or lightning, there will be (parliamentary) elections on December 6” and that Venezuela will be “warned of the attempted attacks that day “.

The US government has not recognized Maduro as president of Venezuela since 2013, having recognized in 2018 the legitimacy of opposition leader Juan Guaidó as interim president and insisted on the need for new “free and democratic” elections .

“We know that the Maduro regime has destroyed the Venezuelan people and that Maduro is an accused drug dealer. That means he has to go, ”Pompeo said, during a visit to Guyana, while touring Latin America.

The United States has stepped up economic sanctions against Venezuela, and last March the Justice Department indicted Nicolas Maduro and some members of his family for crimes of “narcoterrorism.”

With some sixty countries and organizations, including Portugal and the European Union, the United States recognizes Juan Guaidó as interim president. This accuses Maduro of a “usurper” and “dictator” after the “fraudulent” presidential elections of 2018.

However, Maduro continues to count on the support of the military and has called for legislative elections for December, which the international community believes are not in a position to conduct them transparently.

China, in turn, is attacking the monopoly of its own digital giants

Weather: heavy rains and wind on the mainland due to the “Alex” depression | Meteorology

the plugin for creating and sending emails and newsletters in WordPress!