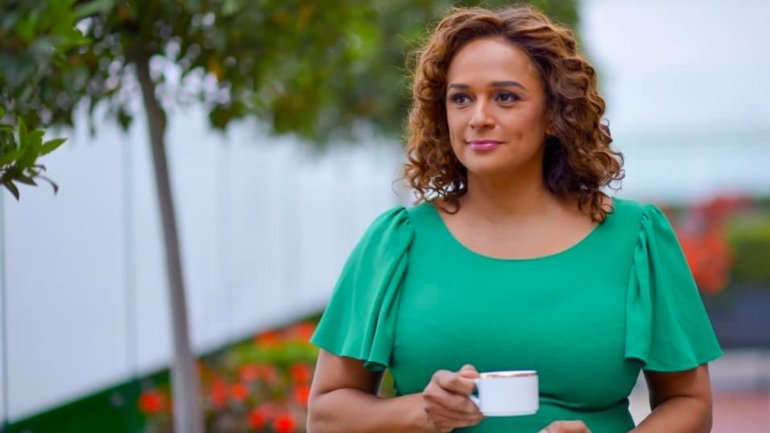 Businesswoman Isabel dos Santos says she “angered a lot of people” by canceling contracts that hurt Sonangol, including those with the AAA insurance company, revealing that people’s accounts with lots of money related to the oil company are not surprising.

The daughter of former Angolan President José Eduardo dos Santos, who served as Chairman of the Board of Directors (PCA) of Sonangol for around 18 months and is accused of mismanagement and embezzlement in the oil company, spoke Friday on MFM radio. in an interview focused on the time he ran the company, between June 2016 and November 2017, a period during which he says he identified and tried to solve several problems.

The businesswoman also pointed out that she presented the diagnosis to the then executive, chaired by José Eduardo dos Santos, who also informed the then Angolan presidential candidate João Lourenço, who would exonerate her later, regretting that after his team left, they returned to Sonangol’s people and businesses would be involved in the schemes that hurt the business.

Isabel dos Santos said she accepted the invitation to “save Sonangol” which was in a pre-bankruptcy situation, knowing that there was a “political price” to pay, but with a “spirit of mission”. One of the tasks he took on was to “fight against the corruption” that existed at Sonangol, to identify where the money was going and why the oil company was losing so much money, having realized that there was overbilling in several contracts.

José Eduardo dos Santos’ daughter stressed that “the change was not peaceful” and that “voices were raised” against what was happening, but that it was necessary.

Among the cases of overbilling were insurance contracts signed with the AAA insurance company, owned by businessman Carlos São Vicente, who was accused this week by the Attorney General of the Republic of Angola of suspicion embezzlement and money laundering, among other crimes. one of its bank accounts, where $ 900 million (around € 760 million) is deposited, has been frozen by the Swiss authorities.

According to Isabel dos Santos, it was concluded that Sonangol could save 70% with insurance and signed a new contract “with much lower values”, with another company.

Sonangol’s former PCA claims there was between $ 400 million and $ 500 million (around € 340-420 million) more per year to pay for oil insurance, which over the ten years in which the state-owned oil company was a partner of AAA, with potential losses totaling $ 4 or 5 billion (3.4 to 4.2 billion euros). This value is aggravated by losses as a shareholder, Sonangol being at the origin of the creation of AAA, a participation “which has diluted over time” but whose remuneration has not been demonstrated. , he said.

“The accounts are not transparent, I don’t know if they have been presented, I have never seen them,” said Isabel dos Santos, defending the need for an audit of the AAA and Sonangol accounts.

If these 900 million, almost a billion [mil milhões] of the dollars that are in this account are dividends from AAA, how much did Sonangol have in dividends compared to AAA and why did Sonangol not follow the capital increases and let itself be diluted , if the activity was good, ”he asked.

Isabel dos Santos says she has no doubts that many of the media campaigns that she considers to be fabricated against her are due to the “courage to stop many of these contracts” and to “harmful practices” which have neither benefited her. company neither for the shareholders, nor for the Angolans.

“There are a number of people linked to Sonangol who benefit from these types of programs. When we ended this type of contract, we angered a lot of people and ended up being exonerated, ”he stressed.

The businesswoman insisted that the fight against corruption in Angola “is selective, it is political, certain targets have been chosen” and stressed that a Sonangol-style audit to detect “who benefited from these contracts “would be welcome.

Isabel dos Santos pointed out that when she was in Sonangol, she had recourse to external consultants to carry out a “thorough” audit, after being criticized for bringing in “people from outside, which she considered. necessary to know “who was in the program and who was not”.

These reports, he assured, were presented to the executive and to João Lourenço, then candidate for the presidency of the Republic.

“I was hoping that after informing about these issues that there would be continuity, something would be done. It was with great amazement that I saw, after being exonerated that the team that came back was the same and that some of these people were involved in some of the cases that we detected and informed the Political Bureau of the MPLA (Popular Movement for the Liberation of Angola), he said, pointing to the real estate of Sonair, Sonip and Sonangol, among the problem areas.

Another of the “more opaque” areas was commerce, that is, the sale of crude oil, a situation which Isabel dos Santos said has not changed. “There was very little information and I think it remains opaque, the lack of transfer seems to continue, it is September and so far Sonangol has not presented any accounts,” he said. he noted.

Isabel dos Santos, who exonerated Carlos Saturnino from his role as chairman of the executive committee of Sonangol Pesquisa & Produção, was later replaced by him as chairman of the board, which requested an audit of the management of his predecessor. Carlos Saturnino was exonerated in May 2019, and the oil company is currently run by Gaspar Martins.

Isabel dos Santos is in the crosshairs of Angolan justice, after seeing several of her bank accounts, assets and stakes in companies arrested in Angola and Portugal. In January this year, a consortium of journalists brought to light a scandal known as “ Luanda Leaks ” which shows the alleged involvement of Isabel dos Santos and her husband Sindika Dokolo in financial projects that have damaged the Angolan state in millions of dollars, using tax havens.

Youth sports and the duality of criteria | Opinion

After Spahn’s corona infection: How the government cares for their ability to work – politics