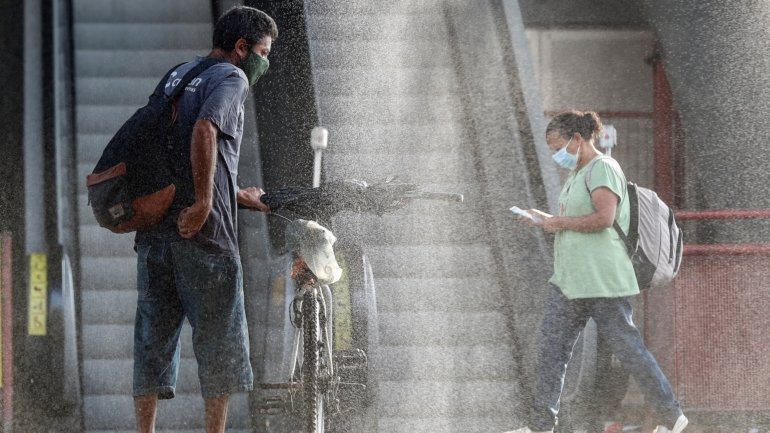 Unemployment in Brazil affected 14.3% of the economically active population in August, a percentage which has increased due to the Covid-19 pandemic, according to the Brazilian Institute of Geography and Statistics (IBGE). In total, there are already 13.7 million unemployed in Brazil, the highest rate recorded since May, when the government started measuring unemployment based on the effects of the crisis caused by covid-19.

According to the IBGE, between the third and fourth week of August, the number of unemployed in the country increased by 1.1 million people, with the unemployment rate rising from 13.2% to 14.3%, the highest since May this year, when it was 10.5%.

At the beginning of May, most of the Brazilian population was isolated in voluntary detention and not looking for work, but since the beginning of June, the decrease in measures of social restriction and isolation has increased the job application.

The job market was waiting to see how things turned out. The businesses were closed and there was no place for these people to work. Thus, as the social distance slackens, they return to the labor market in search of activities ”, underlined Maria Lucia Vieira of IBGE.

Brazil, one of the countries worst affected by the pandemic caused by the novel coronavirus, is the second most affected by the number of deaths from the disease worldwide, with around 135,000 deaths, and the third with the highest number infections, with over 4.4 million cases diagnosed.

The pandemic hit Brazil at a time when the country was still suffering from the effects of the severe economic crisis between 2015 and 2016, when its gross domestic product (GDP) fell by seven percentage points. Since then, the Brazilian economy has grown by around 1% per year, but this trend will be halted this year due to the impact of the pandemic, which will lead to a further collapse of the local economy which, according to the latest projections , will be approximately (-5%).

Much ado about almost nothing: the motor vehicle tax reform is only cosmetic – politics

25,000 new infections after 30,000 the day before: France is partially shut down due to exploding corona numbers

Several missing after an ambush against transport in Mozambique – Observer