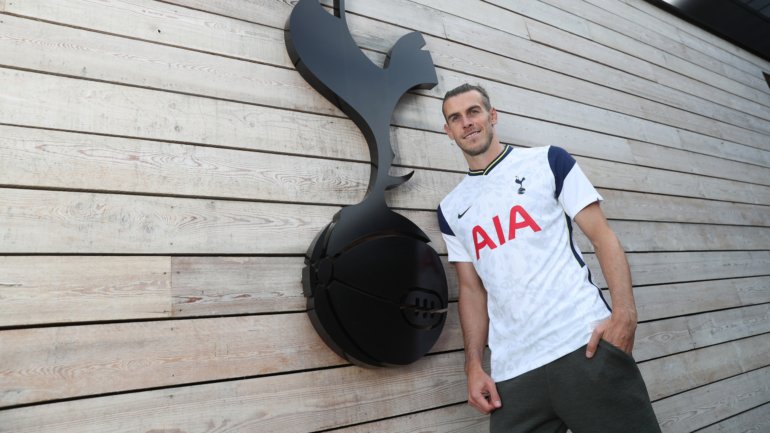 One day two reinforcements: from a seated position, Tottenham confirmed the return of Gareth Bale to London and the signing of Reguilón, a left-back who also belonged to the Real Madrid squad but was on loan from Sevilla. The Welsh striker returns to the spurs and the English capital seven years after leaving the meringues and puts an end to a novel that has lasted for two seasons.

José Mourinho, who lost in the Premier League first round to Everton but managed to advance to the Europa League third qualifying round midweek, thus receiving the fourth and fifth reinforcements of this market window: after goalkeeper Joe Hart, who came from Burnley, midfielder Højbjerg, ex-Southampton, and right-back Matt Doherty, who was under the command of Nuno Espírito Santo at Wolverhampton. In Bale, Tottenham find yet another offensive solution to combine Son, Kane and Bergwijn; in Reguilón, the spurs have an alternative to Ben Davies, the captain who was the target of much criticism from the team last season.

Gareth Bale, who arrives in London recovering from a knee injury, says goodbye to Real Madrid after seven seasons, even though the last was a complete split between the two sides: the 31-year-old Welshman has made just 20 appearances in all competitions confused and only scored three goals, on a collision course with Zidane and of no interest to the club, as he demonstrated on the day he almost fell asleep on the bench with his mask on during a Spanish league resumption match. In Spain, however, he has won the Spanish league twice, once the Copa del Rey, four times the Champions League and three times the Club World Cup. He returns to Tottenham, where he was from 2007 to 2013 after starting his career at Southampton and scored 55 goals in 203 games in six years.

✍️ We are delighted to announce the signing of Sergio Reguilón from Real Madrid! # HolaReguilón ⚪️ #COYS pic.twitter.com/XYBxS4w4Sd

Reguilón, the 23-year-old Spain international, is leaving Spain for the first time to take on the challenge of Tottenham. Trained at Real Madrid, he only spent one season in the main meringues team in 2018/19, where he played in 22 games: in the middle, he was loaned to Logroñés and then to Sevilla, last season. With Lopetegui, he became the owner of the left of the defense and occupied a captive place in the starting XI, ending up being part of the group which in August won the Europa League by beating Inter Milan in the final. Arrives in England with a specific destination, replacing Ben Davies, and it is likely to become Mourinho’s main option for the place.