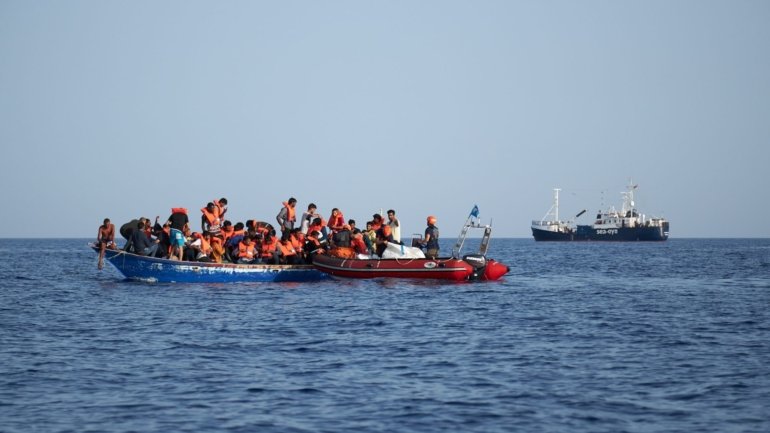 The non-governmental organization Sea-Eye helped 114 migrants on Saturday to follow two ships in the Mediterranean, off the Libyan coast, the German organization itself announced.

The ship “Alan-Kurdi”, chartered by Sea-Eye, helped 90 migrants who followed in an “overcrowded inflatable boat”, before bringing on board 24 other refugees who followed in a small fishing boat, the said. organization in a press release.

Among the 114 people are eight women, one of whom is pregnant, and eight children, he said.

According to Gorden Isler, president of Sea-Eye, the 24 refugees are at “very high risk” if they return to Libyan militias. Sea-Eye did not say what it intended to do with these people.

Sea-Eye has several ships carrying out relief operations in the Mediterranean, where more than three hundred migrants have died on the crossing this year, and the International Organization for Migration estimates that number may be higher.

The year 2020 is marked by an increase in ships in the Mediterranean, the deadliest migratory route in the world for asylum seekers in Europe, mainly from Libya and Tunisia.

Between January and July, attempts to cross the Mediterranean from Libya increased 91 percent (to a record 14,481 people), compared to the same period last year.

The number is even higher in Tunisia, where the 10,174 migrants registered in the first seven months of this year represent an increase of 462% compared to last year.