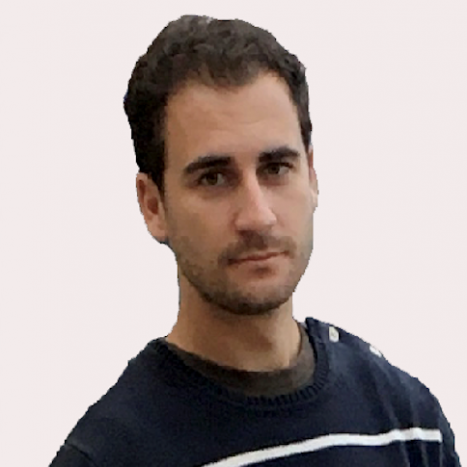 After nearly eight consecutive years in charge of the Japanese government, Prime Minister Shinzo Abe announced his resignation on August 28 due to a chronic bowel disease that has plagued him for years. It is recalled that this was the second time that Abe was forced to leave the government prematurely, having the same in 2007, when the same illness ended his first term. What followed was a period of enormous political instability, which not only turned the Japanese government into a veritable “revolving door” for prime ministers, but led the Democratic Party to an unprecedented victory in the 2009 election, interrupting the almost historic monopoly of political power by the Liberal Democratic Party (LDP).

Between 2007 and 2012, the year Shinzo Abe and the LDP returned to power, Japan met with five prime ministers, the Democratic Party ended up collapsing between internal strife and the country was orphaned by a political project. in the long term capable of reviving the economy, regaining the self-esteem of a company still hampered by the effects of the bursting of the financial and real estate bubble of 1991, and reaffirming Tokyo’s position internationally in the face of to the rise of China and a nuclear-armed North Korea.

Ironically, more than a return to a period of normalcy, the political stability that Japan found in Shinzo Abe’s second term must be seen as a rare case of political longevity. Since the founding of the LDP in 1955, the peculiarities inherent in the structure of the state, the political and electoral system in Japan mean that any new prime minister can aspire to a term of office lasting an average of 2.2 years. As a result, in the post-World War II period, only three other prime ministers, besides Abe, ruled for more than four years, or an entire legislature.

Son of one of the main family dynasties of the regime, Shinzo Abe’s longevity is explained by the unusual ability to navigate a set of institutions and sources of power, which make the Japanese political system a real shadow play. Along with maintaining a popular image with voters, Abe and his team members have succeeded in centralizing power in their figure and securing control over the various political factions that make up the LDP, as well as the leaders of the heavy and influential. Japanese bureaucratic system. Shinzo Abe also managed to maintain good relations with the powerful business sector, in particular, the large industrial conglomerates which for historical reasons linked to the model of economic and managerial development adopted by Japan in the post-war period , did much to catapult the country to the position of the world’s second-largest economy in 1978.

Named by the local press as a candidate for continuity, Yoshihide Suga will most likely be confirmed as Prime Minister next Wednesday. Former Chief of Staff of Shinzo Abe, Suga took the pulse of the party and proved to be a key player in controlling the internal apparatus of the LDP and its various factions. Now he will face the difficult task, at least judging by the historic record, of maintaining power until the next parliamentary elections, which will take place next year, and extending the political work of his predecessor.

Pursuing Shinzo Abe’s political work will be complicated, given, simultaneously, the legacy he leaves in various areas of governance and the structural problems that continue to plague Japan, especially the colossal public debt (around 236% of GDP)), a very aging population and anemic economic growth, which makes it difficult to finance public and social services (we seem to be talking about Europe).

On the economic front, the reform package suggestively called “Abenomics” will be remembered to revive the economy and reverse deflation. With unconvincing results, the measures adopted were not very different from those the European Union would apply: aggressive monetary expansion, fiscal consolidation and strengthening of the banking sector. In addition to these reforms, there are others, such as promoting the entry of more women into the labor market, improving the governance rules of large companies, or greater openness, albeit very residual, of immigration policy. who, in an island country, culturally closed and socially conservative, they see important political and social transformations.

In this regard, and since we are talking about political and social changes, Shinzo Abe leaves the government without achieving one of its main objectives: the revision of article 9 of the Constitution, by which Japan renounces the use of force as the sovereign right of resolution. international disputes. It is an old debate, which continues to divide the Japanese political class and the population. In addition, their discussion tends to generate great tensions between Tokyo’s neighbors, namely Beijing and Seoul. For Shinzo Abe, the 1946 Constitution was imposed by the occupying forces of the United States and prevents Japan from being a “normal state” because it limits the possibility of having an army with the sovereign right to trigger a war. That hasn’t stopped Japan from channeling big investments to its armed forces which, despite China’s growing military assertion, with which it has territorial disputes in the East China Sea, must remain exclusively defensive.

Finally, perhaps the biggest legacy Shinzo Abe leaves after almost eight years, and where Yoshihide Suga seems to have the least experience, is foreign policy. Far from being the Japan of the 1980s, which seemed ready to dethrone the economic domination of the United States, Abe had the heavy task of revitalizing the international image of a Japan worn out by trade struggles with Washington (reminiscent of the trade wars which today they mark today) and a country hit by two decades of poor growth, deflation and loss of diplomatic influence.

The assessment of Shinzo Abe’s performance at the international level is frankly positive. Evidence of this is the political and economic influence of Japan on the entire Far East and, in particular, Southeast Asia, a region where it has remained for decades one of the main sources of public investment. , through the financing of infrastructure and private projects, particularly in the industrial, financial and real estate sectors. In addition to being a source of investment and innovation, Japan is seen as the political partner that member states of the Association of Southeast Asian Nations (ASEAN) trust the most. Contrary to the distrust with which this same group of nations views China, mainly due to Beijing’s expansionism in the South China Sea and investments that generate political dependence through debt, this perception of confidence in Tokyo is important, because Japan is a key ally of Washington.

At a time when the European Union is preoccupied with economic protectionism, the erosion of multilateralism and a rules-based international order, Shinzo Abe has made Japan an unlikely defender of free trade. Despite the difficulty that any foreign investor will continue to face in Japan and the mercantilist mentality that still guides Tokyo’s trade policy, the truth is that Abe was one of the main driving forces behind the signing of the Trans-Pacific Partnership and one of the responsible for the EU Economic Partnership Agreement. -Japan.

Perhaps because of the love they share for golf, Shinzo Abe has forged a relatively close relationship with President Trump who, despite the temporary shoves and misunderstandings that drive diplomats from side to side here and there. the other, it is important to maintain the balance of power in the Asia-Pacific region.

Although it has not received much attention in our country, the transition of power in Tokyo is occurring at a time when the structure and balance of power is changing in the international system. As a regional power, the world’s third-largest economy, and the world’s fourth-largest exporter (a position that excluded the multitude of Japanese products produced by a vast network of subsidiaries around the world), Japan is an indispensable nation and an essentially aligned political partner. with the interests of the EU, the US, Australia, India and ASEAN itself.

After the fire in Moria: Germany is Europe’s special case – political

More than 10,000 new infections per day in Spain: Medical care in Madrid is about to collapse – politics

Middle East in transition: Israel and Sudan agree to normalize their relations – politics