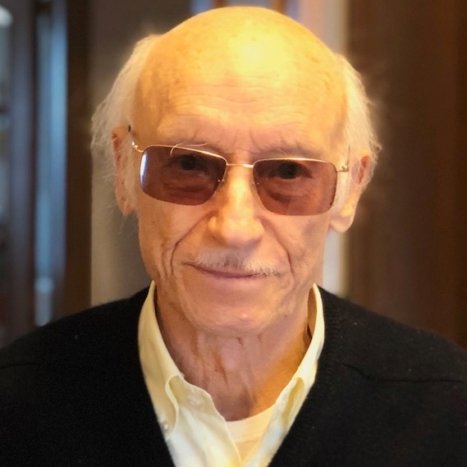 Our ignorance of China is as scandalous as can be explained. Scandalous because the Portuguese arrived in China at the beginning of the 16th century and we remain there today, at the will of the Chinese. Explainable, because of all the countries in Europe that have had contact with China, all after us and not even to a degree of intensity and continuity like ours, we were the last – and there is hardly ten years – in which the university has shown some (poorly organized) interest in learning about Chinese civilization and history.

As for higher education and research, I will only mention that France can be proud of having developed, since the beginning of the 19th century, at the Collège de France, the teaching of sinology. And that an English high school student knows much more about the history of China than a graduate in history from our faculties of letters, who knows next to nothing! When I lived in Macau in the 1960s, English textbooks were very useful to me. And even at the Portuguese School of Macao, excellent, moreover, only half a dozen years ago, at the initiative of a small group of notable history teachers, history textbooks from China and Macao were produced. Manuals that the Jorge Álvares Foundation and the FCH of Universidade Nova have made available to our schools in a digital application.

Just another glaring fact. In Portugal, only in 1999, notice, appeared and worked, the first master of Chinese studies!

A mastery decided by the lucidity of the last governor of Macao, the realization of which was entrusted to me. After the unsuccessful attempt of the faculties of the universities of Lisbon most suited to the objective, it was at the suggestion of my friend Eduardo Marçal Grilo that I found at the University of Aveiro a great rector who would understand the importance initiative, would have the autonomy to carry it out. , without using it personally, and the ability to bring together the perfect collaborators, Professor Vilarinho and Pro-Rector Jorge Alves. Working with Júlio Pedrosa and these other friends has been an unforgettable experience. A master of quality and high standards that has placed you among the best in the world. Teachers? All foreigners, one Chinese, American, English, French and even Belgian (with the exception of the Portuguese who ruled the discipline of the history of Portuguese expansion). Because there were no Portuguese.

And as luck protects the bold, so providential luck. During the trip that Professor Vilarinho made to the United States to find professors, in one of the research centers that we had selected, at the University of Michigan, Prof. Robert Dernberger, renowned as the great North American specialist in the Chinese economy, having just rejoiced and eager to know Portugal, offers to come with his wife to Aveiro, for two years, to lead the Masters.

The Masters worked for three years, which is remembered with gratitude for those who had the benefit and pleasure of learning there. It ended, practically, when Julio Pedrosa ceased to be Dean… The Oases that appear in our university environment are ephemeral, the time of those who created them lasts, almost always strangers. Then the desert of the University withers everything, perhaps deliberately erasing exemplary experiences. Three or four years ago, I suppose, with the support and perhaps at the initiative of the Confucius Institute, a new Master appeared, but without the quality and the requirement of the previous one. The ignorance that was voted by the University, the forgetting of those who then made it feasible and built.

With the re-emergence of China, Mandarin courses finally appeared and multiplied in recent years, which in the Macao mission, since the time of Governor Carlos Melancia, the persistent Alexandra Costa Gomes had started, ensuring its continuity. today in the Scientific and Cultural Center of Macao. We must also mention the creation at the ISCSP of a mandarin discipline by the late Father Joaquim Guerra, one of the last two great Portuguese Jesuits of the East, with whom I had the chance to learn.

With Pedro Passos Coelho and Nuno Crato, I saw what had been advocated for a long time, the provision of Mandarin education in primary and secondary schools. Many years before, he had tried, in vain, to make this offer to Portuguese students, at the time of this governor Carlos Melancia (as he could have wished), ideal for this initiation.

With the last governor, Portuguese officials were offered the opportunity, during working hours, to learn Cantonese and Chinese, Portuguese. Facility that would be used practically only by the Chinese.

No member of our diplomatic corps still speaks Chinese today. The reverse has been vastly different for many years.

And although I have found modern politics and history in China for a few years at universities, I often meet professors with ignorance of the most basic civilization and living in China. There are seven main languages ​​in China, different from each other, some as well as Portuguese and English, for example. But there is only one writing, which for the use of speakers of this human and language mosaic could not be phonetic. A writing system which is at the origin of this civilization and which is one of the centripetal cosmic forces which hold it together.

The university misery that we continue to have, causes causes that are manifested in the different fields and archives of Portuguese life. University which is not, as it should be, the spearhead of knowledge, of the country’s progress.

Donald Trump: “We have some incredible responses [against Covid-19] and we will not let them be withheld”