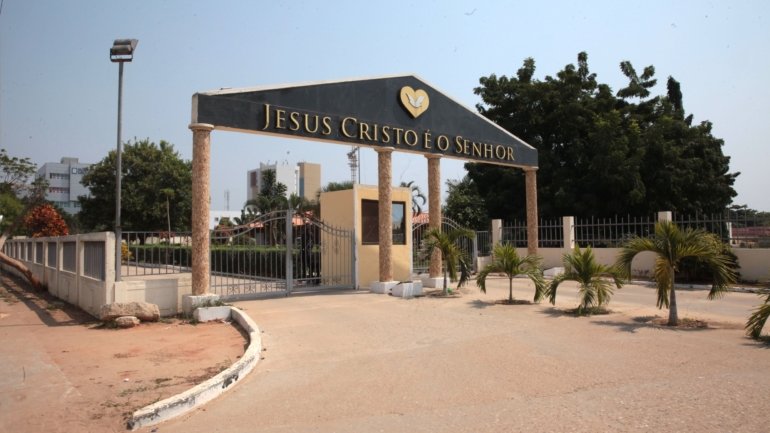 Angolan justice has ordered the closure and seizure of all temples of the Universal Church of the Kingdom of God (IURD) in Angola, the sealing process to be done “gradually”, a police source told Lusa.

“By order of the public prosecutor, all IURD temples in the national territory are seized and closed, except that the sealing process is done gradually,” said the source, adding that there are 211 in the capital alone. Angolan. temples.

The IURD in Angola declared this Sunday “surprise” with the order to close four of its temples during the service, adding that none of them was part of the batch of seven buildings seized by the prosecutor’s office general in August and classified the police operation. as “disproportionate and excessive”.

Speaking to Lusa, a police source said the temples are seized and will be closed.

“Therefore, as long as the process is ongoing, they cannot retain the services,” the same source said, adding that “so that no more doubts are raised on the matter, the parties will be informed in the coming days. to clarify the situation “.

It is the first weekend that religious services in Luanda have resumed since March, when a state of emergency in Angola was declared due to the covid-19 pandemic.

In a statement sent to Lusa, the IURD said today it was “surprised” at the arrival of the police at the temples of Kilamba, Estalagem, Km 30 and Samba, and that their closure had been ordered. , despite the fact that officers are not “armed with any supporting documents or warrant”.

The IURD claimed that the police acted “in a colorful and excessive manner, surrounding members and worshipers who at the time were exercising their right to freedom of worship” and stressed that there was no ‘legal obstacle or judicial warrant to prevent worship in these temples “Because they have not been arrested or sealed by the Attorney General’s office (PGR)”.

The IURD underlines, in the same statement, that some bishops and pastors were taken to a police station without knowing “the real reason for such an act”, after being released after making statements.

According to the IURD, the agents will only have informed “that there was a ‘direction’ that the temples of Universal should not be opened” and, therefore, would be “in disobedience”.

The IURD has been embroiled in several controversies in Angola, after a group of dissidents left Brazilian leadership in November last year.

Tensions escalated in June with the takeover of the temples by the reformist wing, meanwhile formed as the Angolan Pastors Reform Commission, with an exchange of mutual accusations regarding the practice of illegal acts.

The Angolans, led by Bishop Valente Bezerra, say the decision to break with the Brazilian representation in Angola led by Bishop Honorilton Gonçalves, loyal to the founder Edir Macedo, was due to practices contrary to religion, such as the obligation to practice vasectomy, chemistry castration, racist practices, social discrimination, abuse of authority, in addition to the escape of foreign currency abroad.

The allegations are denied by IURD Angola, which, for its part, accuses dissidents of “xenophobic attacks” and assaults on pastors and has also taken legal action against dissidents.

IURD Angola has previously accused the Angolan judicial authorities of carrying out illegal apprehensions and of infringing religious freedom.

At present, several lawsuits related to IURD Angola are pending in Angolan courts.

The conflict gave rise to the opening of criminal proceedings in the Angolan GPR and passed into the diplomatic domain, with the Brazilian President, Jair Bolsonaro, asking his counterpart João Lourenço for guarantees of protection for Brazilian pastors and the heritage of the Church, along with the Angolan head of state, promised “appropriate treatment” of the case in court.

Zoom introduces its own marketplace and third-party application integration%