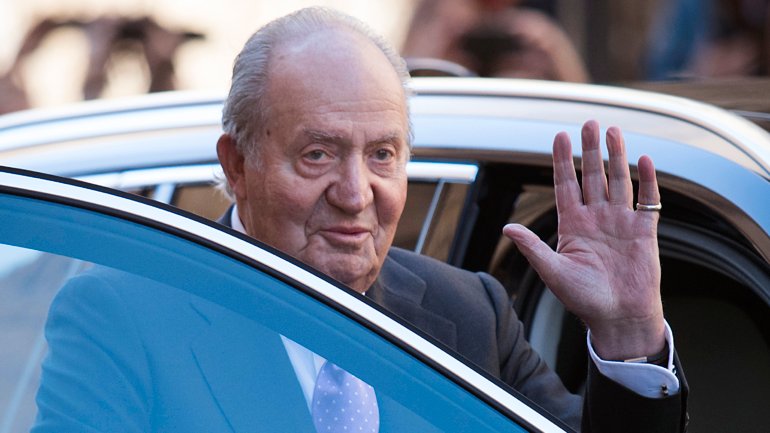 44 days ago in a luxury hotel in Abu Dhabi, United Arab Emirates, Juan Carlos’ expenses have already exceeded 260 thousand euros – on accommodation alone – and the King Emeritus is eager to return to Spain.

According to El Español newspaper, since August 3, the monarch has been staying at the third most expensive hotel in the world, the Emirates Palace, where he had previously stayed on other occasions while in Abu Dhabi. The luxury hotel, with a private beach of about 1.3 km, 14 restaurants, helipads and shopping center, has 22 rooms specially intended for the reception of heads of state and one of them is Juan Carlos. The cost per night? Six thousand euros, so the bill has already reached 264 thousand euros, knowing that the King Emeritus has already been there for more than a month.

According to the Spanish newspaper, which cites sources close to the monarch, Juan Carlos does little more than be in his room – with 280 square meters, a terrace overlooking the sea, and 24-hour butler service – go to the gym and talking on the phone with several people, friends to the eldest daughter, Infanta Elena, but especially with her lawyer.

As much luxury as you have, if you are alone, you are bored, it is depressing ”, confides a close friend, evoking that Juan Carlos went to Abu Dhabi with a team of three police officers. “He is very lonely and with little to do.”

The King Emeritus is eager to return to Spain and spends the day chatting with lawyer Javier Sánchez Junco to “have an excuse” to return to the country. In fact, to friends I have already said that I wanted to be in the country in October to participate in a regatta: “I am already telling you that in Zarzuela [residência dos Reis de Espanha] no one is in a hurry.

Currently, there is no formal charge against Juan Carlos and an investigation continues into the suspicion of corruption by the King Emeritus in the construction of the high-speed train between Medina and Mecca, Saudi Arabia, before the Supreme Court. Spanish – which should have made a decision in August.

US a week before elections: Trump speaks of “massive electoral fraud” – politics

Moria’s humanitarian debacle: we will continue to see such disasters – politics

The best strategies to attract new users to the mobile app?