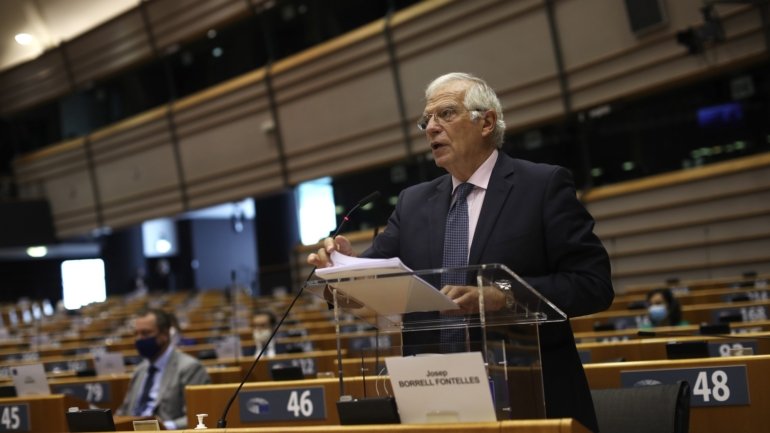 The European Union (EU) on Monday announced the adoption of new sanctions against persons and entities implicated in human rights violations and the arms embargo in Libya, strengthening restrictive measures linked to the Libyan conflict .

Today, new restrictive measures have been adopted concerning those who have violated human rights and the entities which have violated the United Nations arms embargo ”, announced the EU High Representative for foreign policy, Josep Borrell.

Speaking at a press conference in Brussels at the end of the meeting of EU foreign ministers, the head of European diplomacy noted that this strengthening of restrictive measures linked to the Libyan conflict, accepted this Monday by the government, “shows how it is possible to use the sanctions regime from a humanitarian and geostrategic point of view.”

We are not doing everything we can, but no one does more than the EU, ”stressed Josep Borrell.

Meanwhile, in a statement, the EU Council says it is concerned about “restrictive measures against two persons responsible for human rights violations in Libya and three entities implicated in the embargo violation United Nations on the weapons in force for Libya ”, they will be“ added to the EU list of persons and entities subject to restrictive measures linked to the Libyan conflict ”.

The sanctions now adopted include the travel ban and the freezing of assets of natural and legal persons, in addition to the prohibition for the persons and entities concerned to access other forms of financing.

Currently, the EU’s sanctions list related to the Libyan conflict covers 17 people who are prevented from traveling and 21 other people and 19 entities whose assets are frozen. EU sanctions complement and reinforce those adopted by the United Nations (UN), which include an arms embargo and individual measures for human rights violations.

During the press conference, Josep Borrell also underlined that Libya “is losing its resources” with the oil blockade in force, which has already caused losses of several billion euros since the beginning of the year.

Already referring to the last ceasefire, the head of European diplomacy described it as a “window of opportunity” to ensure the achievement of a “lasting agreement” and overcome the oil blockade.

In early September, the Libyan government, led by Fayez al-Sarraj, based in Tripoli and supported by the UN, announced a nationwide ceasefire, calling for the demilitarization of the disputed strategic city of Sirte, controlled by the rival government. from the east of the country, controlled by Marshal Khalifa Haftar.

The Tripoli government has also called for an end to the oil blockade imposed by rival forces since the start of the year, as well as legislative and presidential elections. Libya plunged into chaos after the overthrow of Muammar Gaddafi in 2011.

Sarraj has the help of Turkey and Haftar with the support of Russia and Egypt. Haftar’s forces launched an offensive in April 2019 in an attempt to capture the capital, but the campaign failed in June when allied militias in Tripoli, with Turkish backing, took the advantage.

Dead, in a vegetative state, leading the country to the north, recovering from operation, on vacation. The five theories running about Kim jong-un