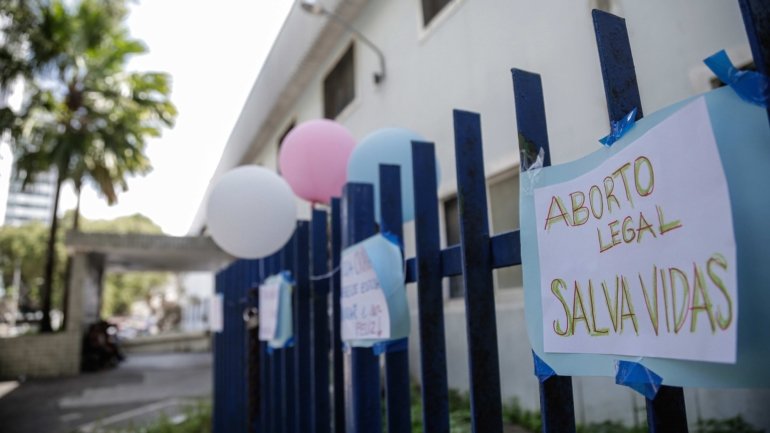 Among other measures expressed in an order issued on August 27, Human Rights Watch cited the requirement that health professionals notify the police when patients request legal termination of pregnancy for rape, regardless of the patients’ wishes. .

The new rules also oblige medical teams to offer survivors of rape cases, who request a legal abortion, the possibility of visualizing the fetus by ultrasound.

The regulations maintained the previous requirement that health professionals interview women and girls in order to obtain a detailed account of the type and form of violence they had experienced and, if possible, to describe the abuse. perpetrator of the crime.

In addition, the Ministry of Family, Women and Human Rights announced that it would create an exclusive channel for health professionals who could use it to denounce women and girls suspected of having suffered. illegal abortion, which was considered an act of persecution by human rights defenders. women.

“Instead of ensuring that rape survivors have access to legal abortion, the government is adopting policies that may discourage women and girls from seeking medical support and care after sexual violence,” the director said by interim Tamara Taraciuk Broner in the press release. Americas from HRW.

“The Brazilian authorities should immediately repeal this new ordinance, which increases the risk for women and girls of having unsafe abortions which can put their lives and health at risk,” he added.

In Brazil, the law allows the termination of pregnancy in case of violation, if the pregnancy poses a risk to the life of the mother or due to problems of malformation of the fetus.

To have a legal abortion in Brazil, a woman needs medical clearance and at least three members of a multiprofessional team – consisting of an obstetrician, an anesthesiologist, a nurse, a worker. social worker or a psychologist.

The HRW statement also noted that Health Minister Eduardo Pazuello said in a closed-door meeting with members of the Brazilian upper house of Congress on September 17 that he was prepared to change certain articles of this ordinance. , but the NGO said the minister should repeal the new rules entirely.

“The order says that the information is to be treated as ‘confidential’, but at the same time it obliges the medical team to hand over this information, supposedly confidential, to the police,” HRW criticized.

“Given the emotional distress that even the offer can cause in rape survivors, and more so the visualization of the fetus, the demand seems designed to deter them from pursuing legal abortion and delaying medical care,” he added.

HRW stressed that it has repeatedly called on authorities to expand access to safe and legal abortion in Brazil, as severe abortion restrictions in the country are inconsistent with its obligations under international law. human rights.

“Making access to legal abortion even more difficult, the new ordinance increases the threats to the rights to life, health, privacy and medical confidentiality, non-discrimination, and to be free from harm. cruel, inhuman or degrading treatment, ”criticized the organization.

According to HRW, the new ordinance also adds another dimension to the problem of gender-based violence by intimidating rape victims and limiting their access to health services.

“Instead, it creates an additional risk of trauma for rape survivors, compromises medical confidentiality and is another barrier to accessing legal abortion services,” he concluded.

IPhone 12 slices can be damaged easily

Despite the virus, the future is now decided | Opinion