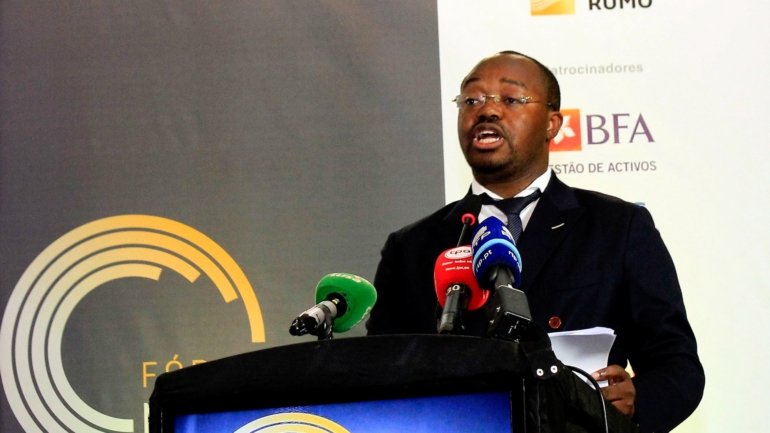 The Angolan Secretary of State for Finance assured on Tuesday that the country would honor its financial commitments to commercial creditors despite the sharp rise in interest rates, Bloomberg reported.

We will always pay, we have not missed any payments, we have not failed to honor the debt service, and therefore that tells us that everything is fine, ”Osvaldo João told the financial news agency Bloomberg following the sharp rise in interest rates that investors need to trade Angola’s public debt on the secondary market.

According to Bloomberg, interest on debt maturing in 2025 on Monday saw a sharp rise of 125 basis points, which continued this morning with an additional 42 basis points, reaching nearly 14%.

Angola is trying to renegotiate loans that use oil as collateral, but restructuring Eurobonds would “strangle” relations with international banks, the official said.

Discussions with creditors have already resulted in a deferral of payments of $ 6 billion, or about € 5.1 billion, this year until 2023, giving the government time to stabilize the economy and wait. improved economic impact. the Covid-19 pandemic and the global economic downturn as access to international markets is closed due to high interest rates.

According to analyst Mark Bohlund of the consultancy firm REDD Intelligence as quoted by Bloomberg, Angola is expected to pay $ 3.4 billion (€ 2.9 billion) in 2021, mostly to UK-based commercial creditors. United, according to World Bank data.

“Paying off this debt will be a challenge for Angola and it will likely be a test for more substantial debt restructuring negotiations with the private sector in countries eligible for the Debt Service Suspension Initiative (DSSI ), “the analyst said.

Negotiations for commercial debt restructuring began long before the pandemic and are well advanced, Osvaldo João said, adding that bilateral debt negotiations are also underway, under the G20 DSSI.

The government estimates that the public debt-to-GDP ratio will drop from 113% in 2019 to 123% this year due to falling oil prices and the depreciation of the currency, the official said.

We seek to have a volume of debt compatible with Angola without oil, “which would make the economy more robust and the country less vulnerable to oil shocks,” said Osvaldo João, admitting that the heavy dependence of the oil sector “leaves the most vulnerable economy ”.

The Chinese startup Zuoyebang is raising 1.6 billion US dollars

Critical care patients in France are over 1,400, highest figure since May – Observer