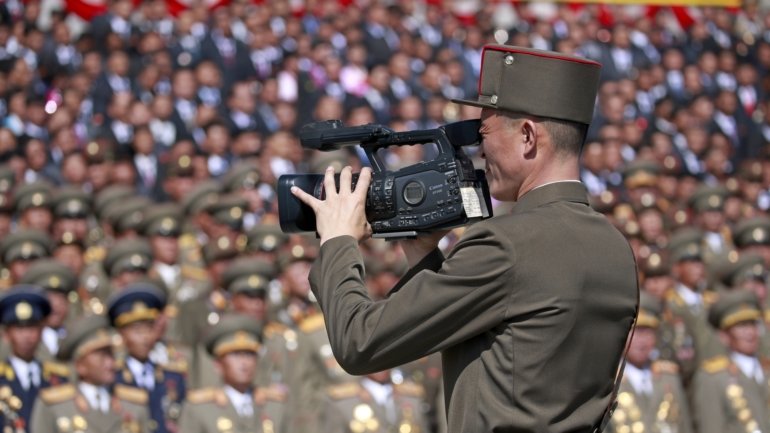 New satellite photos analyzed on Tuesday by specialist portal 38North show intense preparations for a large military parade in the North Korean capital, which celebrates the founding of the Workers’ Party on October 10.

The photos, taken last Sunday, show more than 40 vehicles positioned at the training ground near Mirim Airport, southeast of the North Korean capital.

These installations are normally used to rehearse parades that take place in central Pyongyang, as they replicate the dimensions of the famous Kim Il-sung Square, where military parades normally take place.

Most of the time, North Korea does not notify these parades in advance, but the preparations for Mirim, which has been charged for months, can usually be seen from space.

Everything indicates that these are the preparations for October 10, when the North Korean regime celebrates the 75th anniversary of the founding of the Workers’ Party.

Most experts assume that Pyongyang will showcase the new features of its missile program.

The photos show nine longer vehicles, “there are probably several rocket launchers,” according to the 38North portal.

Analysis released by 38North considers what seen in the footage is only a fraction of the assets set to parade in Pyongyang on October 10.

Other photos taken on Sunday in downtown Pyongyang show clear preparations at Kim Il-sung Square itself and work on the Okryu Bridge, which military vehicles use to travel from Mirim instead.

In any case, the images do not at any time reveal the presence of mobile missile lifting platforms (TELs) in the Mirim field.

Many experts believe Pyongyang could reveal a new TEL during this parade, which, if achieved, would confirm the advances that North Korea continues to add to its weapons of destruction programs, despite began denuclearization negotiations with the United States in 2018.

That dialogue, however, has stalled since the failed February 2019 summit in Hanoi, where Washington rejected the regime’s offer of disarmament and lifted sanctions.

Angola recorded more than 2,000 cases of violence against children this year