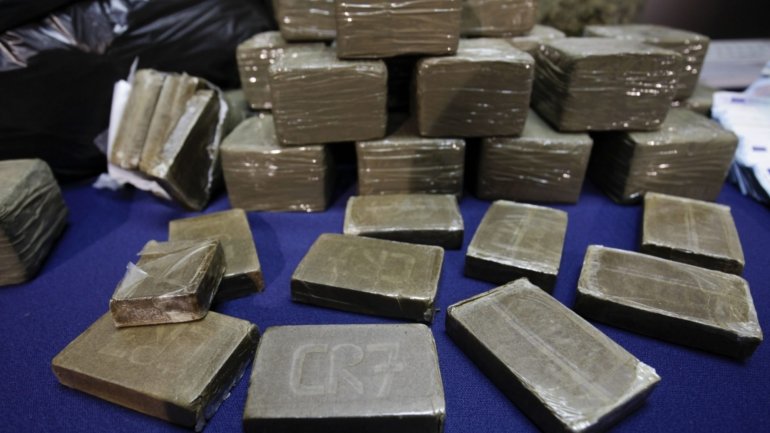 The number of cocaine seizures and their quantity in Europe are currently the highest on record, with 181 tonnes of the drug seized in 2018, according to a European report.

Belgium, Spain and the Netherlands are key countries in the interception of large quantities, which together account for 78% of the 181 tonnes of cocaine seized in the European Union in 2018, says the Observatory’s annual report. European Drug and Drug Addiction. (EMCDDA, EMCDDA). According to the report in Belgium 53 tonnes were seized, in Spain 48 tonnes and in the Netherlands 40 tonnes. The indicators analyzed by the EMCDDA indicate a high availability of cocaine on the European market and signs of growth in countries where this drug was not common.

The high purity of the drug, data from treatment services, emergency cases and drug deaths, taken together, indicate that the weight of cocaine in the European drug landscape is increasing, the report says. . On the other hand, the cocaine market also appears to be an important determinant of drug-related violence.

Also according to the report, of the 12 countries that have conducted surveys of young adults (15-34 years) since 2017 and reported confidence intervals, five reported higher consumption estimates last year than in the previous survey and seven presented stable estimates.

The number of cocaine users who started treatment for the first time increased in 22 countries between 2014 and 2018, with 17 countries reporting an increase last year. The majority of consumers who start treatment and cite cocaine as their main problem use powdered cocaine (56,000 users in 2018). 15,000 crack-related treatment requests were reported in 2018.

The observatory explains that given the time required for data collection, the annual data from the national registers compiled in this report generally reflect the reference year from January to December 2018. The trend analysis is based only on countries which provide sufficient data to describe the developments over the period concerned.

The European Monitoring Center for Drugs and Drug Addiction estimates that 1.3 million people aged 15 to 64 in the European Union were high-risk opioid users in 2018. According to the same report, heroin addicts as primary drug accounted for 77% (almost 20,000 users) of opioid users who started treatment for the first time, which corresponds to a reduction of 2,200 users, or 10% from 2017.

The number of new users seeking treatment for heroin addiction has more than halved from the peak recorded in 2007. Between 2017 and 2018, the number of users of heroin as the main drug who started treatment for the first time decreased in 18 of 29 countries. with available data.

Opiates, especially heroin or its metabolites, often in combination with other substances, are present in most of the fatal overdoses reported in Europe. After cannabis and cocaine, heroin was the third most common substance in acute drug-related poisoning cases monitored by Euro-DEN Plus in 2018.

Between 2012 and 2018, the number of drug overdose deaths in the 50-year-old age group increased by 75%, indicating that this problem is increasingly associated with older long-term users.

In 2018, half of the countries reported an average heroin purity in the retail range of 18% to 30% and an average price of between 29 and 79 euros per gram. The purity and price of the drug have stabilized in recent years, although the purity is at a relatively high level. However, heroin seizures in the European Union are increasing, according to the report, with a 5% increase in 2018.

The turnout is getting higher: Prediction: CDU wins local elections in NRW politics

After Johnson’s Brexit volte: “A no deal becomes more realistic every day” – politics