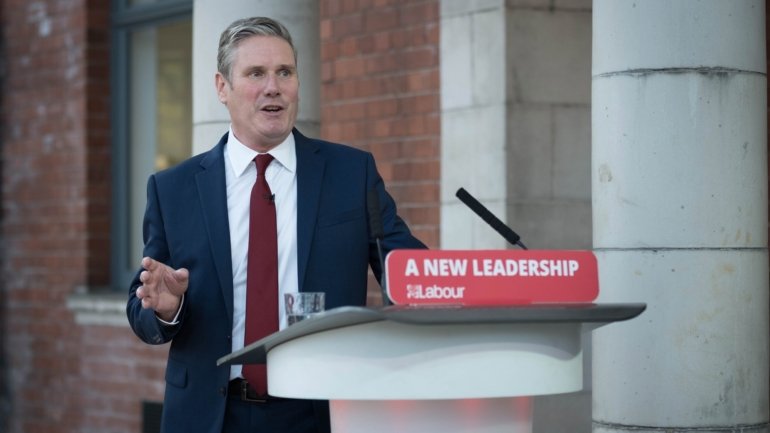 UK Labor Party leader Keir Starmer warned on Tuesday that a possible further lockdown in the UK due to the Covid-19 pandemic would be the result of Boris Johnson’s government ‘incompetence’.

“A second lockdown should not be inevitable. It would be a sign of the government’s failure, ”he said on Tuesday in a speech to“ Labor ”congress, referring to the impact of new restrictions on people’s physical and mental health and the British economy.

Starmer has accused the UK executive of losing control of the fight against the pandemic, which has resulted in at least 41,788 confirmed deaths in the UK, though the actual number, including suspected cases, is over 57,000.

“I tried to be constructive. I understand that these are unprecedented times and that governing is difficult. I tried to be fair, to give the government the benefit of the doubt. But now, with one of the highest death rates in the world, and on the brink of one of the world’s deepest recessions, I’m afraid there is no doubt, ”he said. declared, accusing the government of “incompetence”.

Prime Minister Boris Johnson will announce to parliament on Tuesday new restrictions on the Covid-19 pandemic after an emergency council meeting this morning.

Among the measures already put forward are the reduction of the opening hours of bars and restaurants, with the compulsory closure at 10 p.m., the recommendation of teleworking and the suspension of tests for the return of spectators to major sporting events.

The announcement follows an acceleration in the number of infection cases in recent weeks, which is doubling every seven days, which scientific advisers say could lead to overloading public health services and increased direct mortality and indirect. .

The Joint Biosafety Center, which includes the Directors General of Health in England, Scotland, Wales and Northern Ireland, has determined that the level 3 alert (general circulation Covid-19 outbreak) at level 4 (epidemic) Covid-19 in general circulation, with high transmission or exponentially increasing).

In the speech delivered on the Internet, since the congress was held in a “virtual” format due to the Covid-19 pandemic, Keir Starmer regretted the problems of recent months, in particular in the reopening of schools, in the development of an assessment system for secondary school students, the lack of protective equipment for health professionals, the high number of deaths in nursing homes and the delay in creating a testing and monitoring.

The leader of the main opposition party has not revealed any new policies or made election promises, while guaranteeing that he will respect the party’s traditional left-wing “values”.

Yes, Keir Starmer tried to distance himself from his predecessor Jeremy Corbyn, whom he succeeded in June, and stressed that this was a “new direction”, promising to stamp out anti-Semitism and a “competent and trustworthy opposition”.

“I don’t underestimate the work that will be necessary. But I can make this promise: ‘Labor’ will never go to elections again without the confidence (of the voters) to deal with national security, jobs, community and (taxpayer money) ) “, he assured.

After the canceled government statement: how the FDP wants to force Merkel to be more transparent – politics

Five minutes before Laschet, Merz and Röttgen: the old people come to audition at the party youth – politics

Europe is now at the forefront: EU countries overtake the US in daily corona-new infections – politics