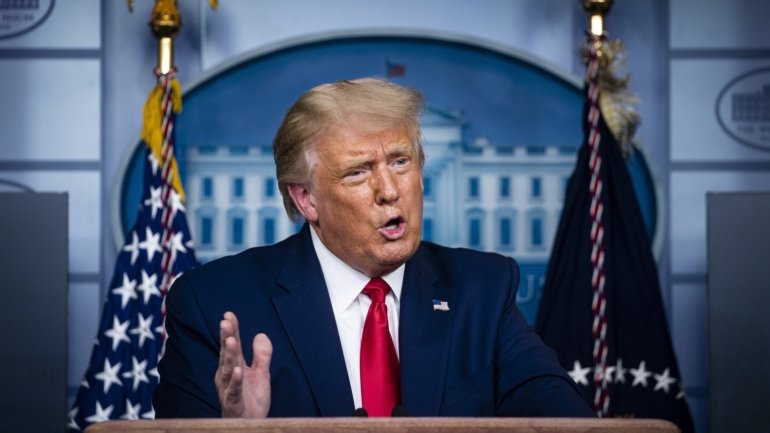 US President Donald Trump on Tuesday called on the United Nations to “hold China accountable” for its actions in the early stages of the expansion of the covid-19 pandemic.

In his speech during the general debate at the 75th session of the UN General Assembly, Trump criticized China’s performance in the face of the pandemic, blaming the Asian country, with which he is involved on several conflict fronts, not to warn. to the real risks of the spread of the new coronavirus and of having “concealed relevant facts” about the health crisis. In a seven-minute speech (about half the time he had), Trump referred to China 11 times.

The US president also urged the United Nations to sanction China for its actions during the pandemic, before launching several other attacks on Beijing, especially in the environmental field, accusing the Chinese government of being the main polluter of the oceans, by filing many tons. plastic in the waters.

Donald Trump took advantage of his speech to salute the role of the United States in the “restoration of world peace”, recalling the mediation in the agreements between Israel and Bahrain and the United Arab Emirates.

“We are creating a new Middle East,” Trump said, saying the Israeli-Arab agreements are also positive for peace on the planet and that he will fight for new treaties to emerge. “We are leaders in the defense of human rights,” Trump said, citing treaties with several Central American countries, defending the interests of migrants crossing borders, fleeing atrocities from other countries.

Trump also spoke about the withdrawal of US troops from Afghanistan, as proof that the United States is involved in solutions at the rate of the conflict, despite its military might.

“We are the greatest military power. (…) We have the most powerful and the most advanced weapons. We hope we never have to use them, ”Trump said, citing the huge investment the United States has made in military development.

Trump also said the United States was responsible for the “100% elimination” of Islamic State and for hardening the fight against terrorism in various parts of the world.

“We will eliminate the virus. We will win the pandemic, ”Trump said, saying the United States is looking for a vaccine against covid-19, which will be applied en masse as soon as it becomes available.