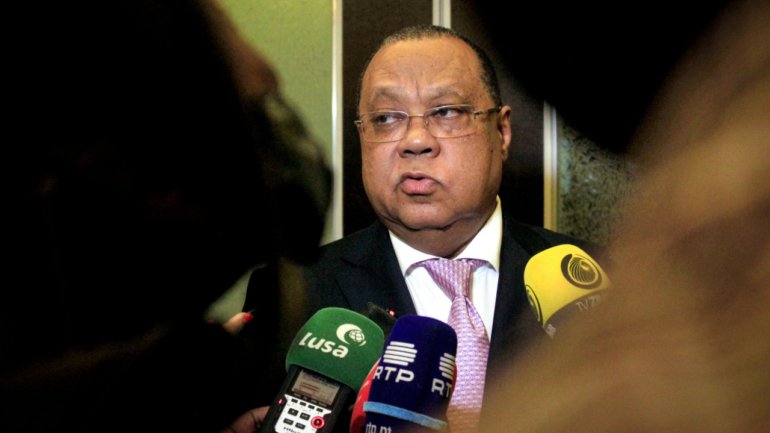 This is a further development of the most recent Angolan scandal. Carlos São Vicente, son-in-law of Agostinho Neto, the first president of Angola, was this Tuesday arrested on a preventive basis on suspicion of crimes of embezzlement, corruption, money laundering and influence peddling, as well as having benefited from undue advantages and economic participation. in the business. This process has already led to the seizure of several of his assets in Angola, after Switzerland froze him $ 900 million, or around 760 million euros, in a money laundering investigation.

According to a statement from the Attorney General’s office to the Observer, the former president of the AAA insurance company entered Viana prison, on the outskirts of Luanda, after being interviewed for the second time by the National Directorate of Criminal Investigation and Prosecution. (DNIAP).

Three days ago, the Angolan authorities froze the accounts and arrested the assets of the wife of Carlos São Vicente, Irene Neto, a former member of parliament and member of the MPLA political bureau.

In the meantime, letters rogatory have also been sent to Portugal and Luxembourg, asking for the cooperation of the judicial authorities in these investigations and Angolan prosecutors visited Switzerland last week to try to recover the 900 million dollars that are found. on the businessman’s frozen account. Angolan. It was after seizing several buildings belonging to the AAA group – one of the largest business groups in Angola in the field of insurance and hospitality – the hotels of the IU and IKA chain throughout the territory national and the IRCA building, in Luanda, which are Carlos São Vicente. And the Angolan PGR’s national asset recovery service seized the 49% minority stake in AAA Ativos in Standard Bank Angola, where São Vicente is a non-executive director.

This affair did not go through the families of the two former presidents of Angola. Isabel dos Santos mentioned in a recent interview that in her management of Sonangol, she had questioned contracts with AAA. José Eduardo dos Santos’ daughter even said she irritated “a lot of people” by canceling contracts that hurt Sonangol like those of the company run by São Vicente.

On the other hand, the reference by the media to the name of the first president of Angola when this affair is reported has troubled the family and the Agostinho Neto Foundation, which describes it as “a massacre of indescribable cruelty”.

In a statement signed by the widow of the former president, Maria Eugénia da Silva Neto and the children Mário Jorge da Silva Neto, Irene Alexandra da Silva Neto and Leda da Silva Neto, the foundation declares that “whatever the circumstances of the process legal process in Angola is absolutely condemnable that, whoever it is, directly or through third parties, the name of President Agostinho Neto is mentioned ”.

This note underlines that Irene Neto married Carlos São Vicente six years after the death of Agostinho Neto (41 years ago) and that he “did not know him and has no connection with his personal and professional life” .

Trump Was Treated With It: Antibody Cocktail Clinical Trial Stopped Due To Safety Concerns – Politics

PS takes a step back and accepts that alternative residence for children of separated parents is an option, not a rule | Family

The Greens in Austria and how to deal with Moria: “This is a dilemma” – politics