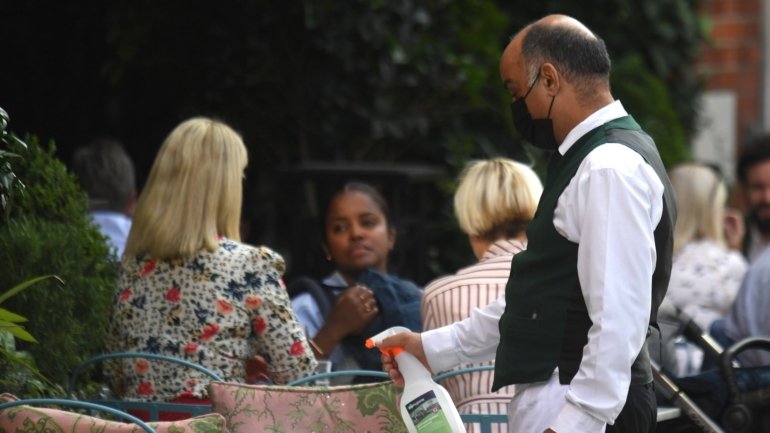 The UK has recorded 4,926 new cases of Covid-19 in the past 24 hours, a new record since May, and 37 deaths, according to the UK Department of Health, after the UK government announced new restrictions. As of Monday, 4,368 new infections and 11 deaths had been reported.

The cumulative total since the start of the Covid-19 pandemic in the United Kingdom has risen to 403,551 confirmed cases of contagion and 41,825 deaths over a 28-day period after a positive test.

The rapid increase in the number of new cases in recent days led British Prime Minister Boris Johnson to announce a new package of measures in England on Tuesday to try to stop the pandemic.

From Thursday, bars and restaurants will be forced to close at 10 p.m. and employees and customers will be required to wear masks indoors, with violations of the rules punishable with fines.

Johnson also rescinded the previous advice for people to return to their places of work and again recommended that they work from home if they can, except in cases such as construction or commerce. The expected return of spectators for major sporting events such as football matches from October has also been suspended.

Boris Johnson stressed that this was not a return to the lockdown regime that was in place between March and June, that people could leave their homes and that schools and universities would remain open.

But he warned that these measures could continue until spring 2021 and be strengthened if necessary.

Unless we make visible progress, we assume that the restrictions I announced will be in place for at least six months, ”he said.

These restrictions apply in England, as Scotland, Wales and Northern Ireland have the autonomy to determine their own rules.

Scottish Prime Minister Nicola Sturgeon confirmed on Tuesday that she will also enforce a 10 p.m. closure of bars and restaurants, but went further and announced a ban on meetings of people from different households inside the house , as already had been determined by the executive of Northern Ireland.

In Wales, Head of Government Mark Drakeford has called for unnecessary travel within the country, where local lockdowns in some areas have been declared due to a high number of infections.

Trump presents himself as recovered: “I could have left the hospital much earlier” – politics

But not because of the fatal shots: US police officer charged after African American Taylor’s death – politics