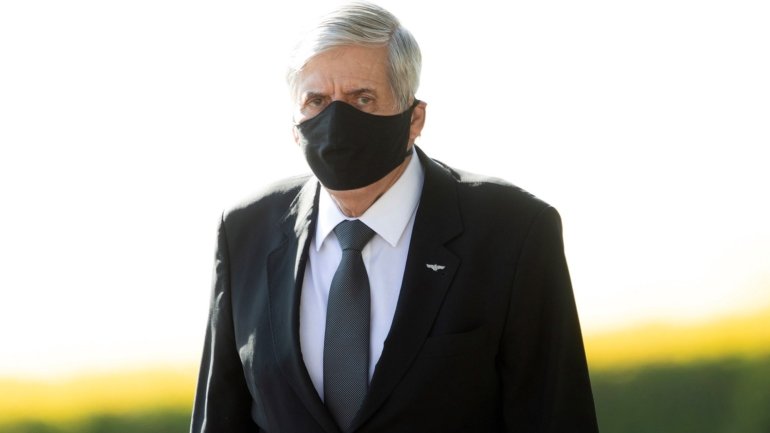 The Minister of the Brazilian Institutional Security Office (GSI), Augusto Heleno, said on Tuesday that Brazil could retaliate against countries that adopt policies to boycott local products for environmental reasons.

“[Retaliar] it is a measure which, of course, may be in the sights of the Brazilian government, but it is this thing: “Have you ever bought a Finnish, Norwegian, Swedish product?”. I don’t remember having these products at home, ”General Heleno said in an interview with Bandeirantes radio.

A journalist from this Brazilian radio station called on the minister to tell him that products of German origin are easily found in Brazil.

“There are a lot of things in Germany. It is a (country) that was worth it, but I don’t want to mention the countries, I am very afraid of creating a diplomatic problem and even being unfair, ”said the government official, one “right-hand men” of the President of Brazil, Jair Bolsonaro.

The document sent by the embassies of these countries points out that while “European efforts seek supply chains not linked to deforestation, the current trend in Brazil makes it increasingly difficult for companies and investors to meet their criteria. environmental, social and governance “.

Heleno’s statements were made today, shortly before Bolsonaro’s opening speech at the 75th session of the United Nations (UN) General Assembly, where he said his government is a victim of a “brutal disinformation campaign on the Amazon. “.

On Monday, the GSI minister had already accused governments of other countries and foreign figures of lying about the devastation of the Amazon with the intention of toppling Jair Bolsonaro.

“We cannot admit and encourage foreign nations, entities and personalities, without a past which gives them the moral authority to criticize us, to achieve their main objective, obviously hidden, but obvious to the non-innocent, which is to harm in Brazil and overthrow. the Bolsonaro government, ”said Heleno, general of the Brazilian army reserve.

The statement was made during an unprecedented virtual public hearing, convened by the Federal Supreme Court to discuss the current executive’s environmental policy, in particular the lack of measures to mitigate the climate crisis, and in which several authorities have spoken.

The GSI minister took advantage of his intervention to refer to the pressure that Brazil has suffered in recent weeks due to the fires in the Amazon, the largest tropical forest on the planet, by governments, non-governmental organizations (NGOs), international banks and even by Brazilian companies themselves.

On Monday, several NGOs launched a campaign to boycott meat products that the European Union imports from Brazil, considering that producers are encouraging deforestation in the Amazon to enlarge their grazing areas.

As for the French President, Emmanuel Macron, on Friday reiterated his repudiation of the ratification of the free trade agreement between the European Union and Mercosur (economic bloc made up of Brazil, Argentina, Uruguay and Paraguay) ”, for environmental reasons, which cited a silent environmental policy in the face of the destruction of the Amazon.

Jorge Jesus wants to open with a golden key | Soccer

iPhone 12: Logos are on the sidelines in Europe