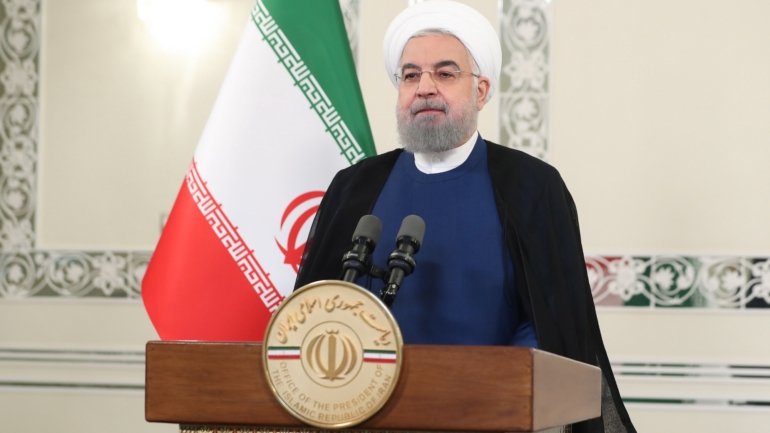 Iranian President Hassan Rouhani delivered a stimulating and heated speech to the UN General Assembly on Tuesday, saying the United States would have no alternative but to give in to Iran’s demands and lift the sanctions.

“We are not a bargaining chip tied to US elections and US domestic politics,” said Rouhani in his pre-recorded speech broadcast to the United Nations General Assembly, quoted by AFP.

Addressing whoever wins the next US presidential election, scheduled for November 3, Rouhani said that “any government that emerges from the elections will have no alternative but to give in to Iranian resilience.”

US President Donald Trump, who is running for a second term, withdrew the United States from the nuclear deal signed with Iran under the Barack Obama administration to avoid an Iranian nuclear arms race, then reinstated sanctions against Iran. .

Donald Trump believes he will win the November elections and that Iran will end up giving in to American “maximum pressure” by negotiating a new agreement on conditions imposed by the Americans.

Joe Biden, Trump’s Democratic opponent in the November presidential election and former Obama vice president in office when signing the deal with Iran, continues to uphold the increasingly threatened original text by Washington’s sanctions against Iran and Tehran’s response to those sanctions.

“The United States cannot impose any negotiations or war on us,” Hassan Rouhani said on Tuesday. “Life is tough under the sanctions. But life without independence will be even more difficult, ”he added.

And in the face of the UN Security Council’s almost unanimous rejection of the US demand for the UN to resume sanctions against Iran, Rouhani won.

“The era of domination and hegemony is over,” he said, adding that “the world must now say no to intimidation and arrogance”.

In his speech, Trump alluded to Iran, congratulating himself on withdrawing his country from the nuclear deal and imposing severe sanctions “on the country that most supports terrorism in the world”, after to which French President Emmanuel Macron replied that France and its European allies, Germany and the United Kingdom, will not compromise on the refusal to restore sanctions against Tehran.

Even denouncing Iran’s violations of the nuclear deal signed in 2015, Macron viewed Washington’s unilateral maneuver as a threat to the unity of the Security Council, which would risk escalating tensions in the region.

Rohani also attacked the United States by comparing its domestic policy and cases of police violence, such as that of African-American George Floyd, to foreign policy, considering that the Floyd case “reminded” of his own. experience.

“We immediately recognized the knee to the neck as the foot of arrogance on the necks of independent nations,” the Iranian president said, adding that his country “had paid a similar price” in its search for freedom and liberation from domination.

He insisted that his country “does not deserve sanctions” and described the United States as an “external terrorist and interventionist element”, before referring to American support for the 1953 coup that cemented the power of the Shah in Iran, which would eventually take the country Islamic revolution and hostility to the West.

Rohani also mentioned General Soleimani, of the Iranian Revolutionary Guards, calling him a “murdered hero,” killed earlier this year by an American attack on Baghdad – to which the Iranians retaliated against an attack on an Iraqi base where they were killed. were. The American soldiers were housed.

The high-level week at the United Nations General Assembly began this Tuesday, with the opening of the general debate, in a format unprecedented in the organization’s 75 years, in which speeches by heads of state and of government will be spoken through previously recorded videos. , due to the pandemic.

The future European cybersecurity center will be based in Bucharest

The French army has the green light to develop “advanced soldiers”.