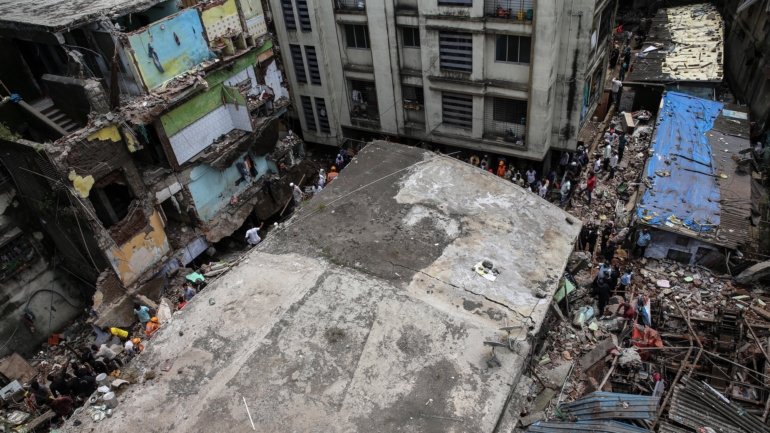 The collapse of a three-story building in western India on Monday left at least 26 dead, authorities said on Tuesday in a new report on the victims, who fear there are no more body in the rubble.

The search continues to find survivors in the ruins of the building in Bhiwandi, near Mumbai, with around 12 to 15 people under the rubble.

On Monday, rescuers from the National Disaster Intervention Force (NDRF) managed to save 20 people alive, including two children aged four and seven.

A spokesperson for the NDRF told reporters that the rescue teams, helped by pisteiro dogs, also found 20 bodies in the rubble of the building, which collapsed on Monday morning (Sunday evening in Lisbon).

NDRF chief executive Satya Narayan Pradhan said on Twitter he feared a heavier toll, believing there were more bodies in the rubble.

The building was over 30 years old and needed work, which could not be completed due to the confinement decreed during the Covid-19 pandemic.

Maharashtra is one of the Indian states most affected by the pandemic, with more than one million confirmed cases. India has recorded more than five million people infected.

The cause of the accident is unknown, but building collapses are relatively common in India between June and September, during the monsoon season, when heavy rains end up weakening building structures.

After the knife attack in Dresden: Seehofer wants to relax the ban on deportation to Syria – politically

NRW minister on right-wing extremist policemen: “There is an horror that I never thought possible” – Politics