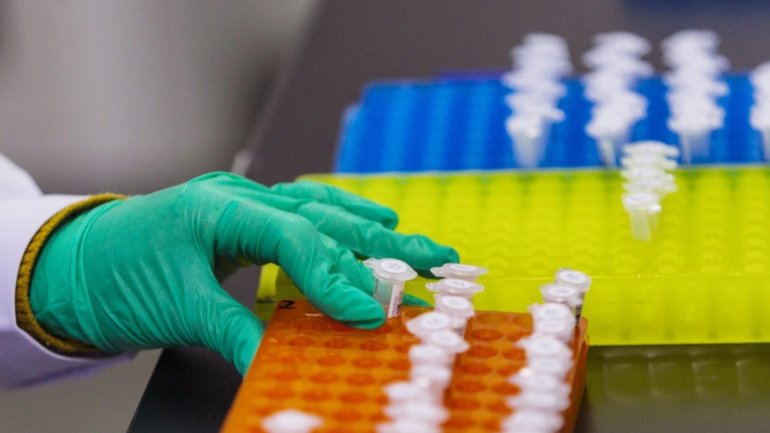 Cape Verdean scientist Jay Brito Querido spends his days in the lab decoding genetic information in humans, having recently uncovered a decades-long fundamental life issue that could help cure diseases such as cancer.

At 36, the scientist is part of the research team led by Venki Ramakrishnan, awarded the 2009 Nobel Prize in Chemistry, at Clare Hall College (University of Cambridge, United Kingdom).

In an interview with Lusa Agency, he said he has always had a special interest in molecular biology, particularly in how genetic information inherited from parents defines humans. “I’m studying how our cells can decode all of this genetic information that we get from our parents,” he says. He considers this area “very interesting”, mainly because it requires a constant challenge of his own limits to try to find answers.

At Clare Hall College – a college for advanced studies only for graduate students, researchers and postdoctoral fellows – you’ll find the latest technology essential for your research, which “isn’t available anywhere.” He illustrated: “In my research, I mainly use the revolutionary technique of electron microscopy (cryo-EM), a form of transmission electron microscopy, in which the sample is studied at cryogenic temperatures. In countries like Portugal, the scientific community unfortunately still does not have access to this type of technology ”.

Recognition for the work developed by Jay Brito Querido and his team came this month through the publication of an article in the prestigious journal Science with the findings of the research developed, which, using the techniques of genetic engineering and biochemistry, has succeeded in “reconstructing the moment when the decoding of genetic information in humans begins. “

“The genetic information that we inherit from our parents is encoded in our genes. So, in order to define the color of our skin or our hair, if we want to inherit a disease from our parents, that is to say to define absolutely everything that concerns us, the information encoded in our genes must be decoded [traduzidas] by our ribosomes [‘fábricas de proteínas’ dentro das células]”He explained. Jay Brito Querido emphasizes that” the decoding of genetic information, by ribosomes, is fundamental for the existence of life as we know it. “For this reason, he added, “this process is of enormous medical importance.”

“Several compounds being tested and investigated for the treatment of cancer target the process of decoding genetic information” and, therefore, this discovery “represents an important contribution to all this research in the field of cancer”.

Pointing out that in order for ribosomes to “identify which gene needs to be decoded at any given time, information from genes (ribonucleic acid – messenger RNA) needs to be activated by a group of proteins forming a complex called eIF4F,” the scientist said stated that “for several decades scientists have been trying to find out where and how the eIF4F complex binds to the ribosome, unfortunately without success.”

“Using genetic engineering and biochemistry techniques, we were able to reconstruct the moment when the decoding of genetic information begins in humans and resolve its structure by the technique of electronic cryo-microscopy”, he said. he declares. He added: “We were able to identify the binding site of the eIF4F complex on the ribosome and answer this fundamental question of life, which remained unanswered for several decades.”

Jay Brito Querido stresses the importance of the discovery, because “there was a huge desire in the scientific community to try to understand this important step in the process of decoding genetic information”.

The impact was also great on the scientific career of Cape Verde which had already published several articles, but never in a magazine like Science. Shortly after, Jay Brito Querido was one of two scientists highlighted by the RNA Society in September, which he classifies as “extra motivation” to continue working. More than recognition, Jay Brito Querido likes to be in the laboratory and “experiment”.

“I think the awards and honors are distractions, the good is certain, but they are distractions nonetheless,” he said. Rather, he praises the recognition he receives in his daily work from people like Venki Ramakrishnan, the 2009 Nobel Prize-winning scientist in chemistry, who leads his team and whom he classifies as “an exceptional scientist” and of rare human dimension. “In addition to being a Nobel Prize winner, [Venki Ramakrishnan] he is president of the Royal Society, which makes it an extremely busy schedule. Despite this, he insists on following in detail all the research that we do in the group and tries to have time to be with us in moments of relaxation outside the four walls of the laboratory ”.

He continued, “The fact that Venki is a Nobel Prize winner and one of the key leaders in our field places a huge responsibility on all of us who work with him, because we know our work comes under more scrutiny. This is positive because it forces us to be better scientists and critics of our own results ”.

More than 4,600 kilometers from Cape Verde, the scientist identifies “a very positive impact” of his origin in the career he has chosen. “Science is a veritable marathon which requires an enormous spirit of sacrifice and resilience. If there is one thing that characterizes Cape Verdeans, it is our resilience. For this reason, I think Cape Verde has always been and will be with me throughout my trip ”. Although acknowledging that “Cape Verde has never been a country with strong scientific traditions”, it is not “common” for a young Cape Verdean to think of being a scientist, Jay Brito Querido hopes that this will change in the future.

Among the various sources of inspiration, Jay Brito Querido elected Marie Curie, pioneer in the investigation of radioactivity and who won two Nobel prizes, that of physics (in 1903, for research on radiation) and that of chemistry (in 1911, for the discovery of radio and polonium elements).

iPhone 12 and 12 Pro: Here are the different colors in photos