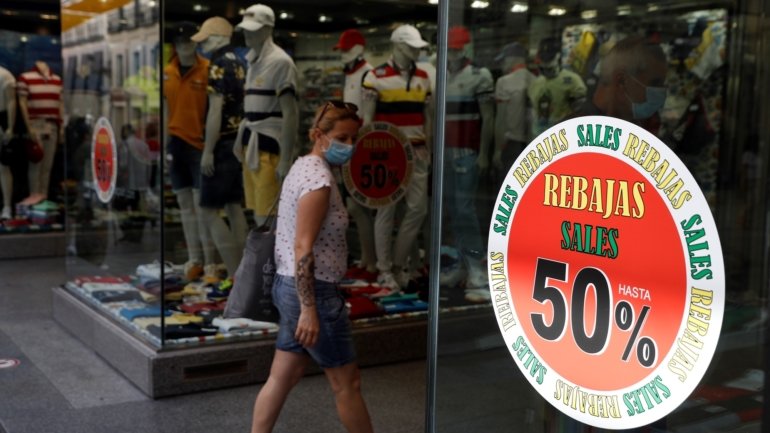 The Spanish National Institute of Statistics (INE) reduced this Wednesday by seven tenths, to 17.8%, the year-on-year decline in the country’s GDP in the second quarter of the year, which had been anticipated on July 31. .

This historic fall in wealth creation was a consequence of the imprisonment decreed between March and June to stop the Covid-19 pandemic.

The 17.8% drop in GDP (gross domestic product) in April, May and June, after the 5.2% contraction observed in the first three months of the year, results from the sharp drop in consumption of households (20, 4%), business investment in capital goods (28.6%) and exports (33.4%), while public expenditure increased by 0.3%.

Employment measured in hours worked fell 21.7%, a decline that outpaced the destruction of full-time equivalent jobs, which fell 17.7%.

The Covid-19 pandemic has already killed at least 965,760 people and more than 31.3 million cases of infection in 196 countries and territories, according to a report by the France-Presse (AFP) news agency. In Europe, the highest number of deaths is recorded in the United Kingdom (41,825 deaths, more than 403,000 cases), followed by Italy (35,738 deaths, more than 300,000 cases), France (31,338 deaths, more than 458 thousand cases) and in Spain (30,904 deaths, more than 682,000 cases). The disease is transmitted by a new coronavirus detected in late December in Wuhan, a city in central China. After Europe took over from China as the center of the pandemic in February, the American continent is now the one with the most confirmed cases and the most deaths.