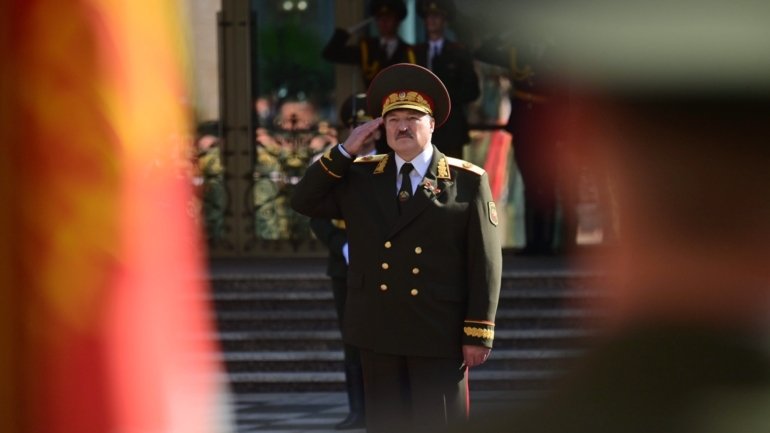 The United States “cannot regard Alexander Lukashenko as the legitimately elected president of Belarus,” the US State Department said on Wednesday, AFP reported.

The August 9 elections were neither free nor fair. The results announced have been manipulated and do not confer any legitimacy, ”a spokesman for American diplomacy told AFP.

Lukashenko, whose re-election is strongly contested by thousands of people during demonstrations in the streets of the country, was sworn in this Wednesday during a ceremony during which he was sworn in secret for a sixth term and which did not was released only after the fact, which immediately sparked new opposition demonstration in the capital Minsk.

Washington called for a “national dialogue” which would allow Belarusians “to enjoy their right to choose their leaders in free and fair elections under international observation.”

Unjustly releasing detainees and ending the crackdown on citizens demonstrating peacefully should be a first step towards a sincere national dialogue, ”the State Department added.

According to official figures, Lukashenko was re-elected with 80.1% of the vote in the August 9 elections, a result unrecognized by the opposition or the West and which sparked the biggest wave of protests in post history. -Soviet in Belarus.

Latushko, former Minister of Culture and member of the Coordination Council for the Peaceful Transfer of Power in Belarus (an organization created by the opposition), added that this opposition platform calls on everyone to “take action. indefinite disobedience “.

Belarus has been the scene of several protests since August 9. In the first days of protests, police arrested some 7,000 people and cracked down on hundreds, prompting international protests and the threat of sanctions.

The United States, the European Union (EU) and several countries neighboring Belarus have rejected Lukashenko’s electoral victory and condemned the police crackdown, urging Minsk to engage in dialogue with the opposition.

Germany has already reacted to Lukashenko’s inauguration and declared that it does not recognize it for “lack of democratic legitimacy”. “The minimum conditions for democratic elections have not been met,” German government spokesman Steffen Seibert told a press conference, adding that the disputed presidential elections on August 9 in Belarus “were not neither fair nor free “.

The German government also called, through its spokesperson, for the “release of all political prisoners” and urged the Belarusian authorities to renounce the use of force against the demonstrators.

2020 US election: the current state of the race between Donald Trump and Joe Biden – here in brief – political

From Manchester and Madrid: the strategy of European cities to stop covid-19 | Coronavirus