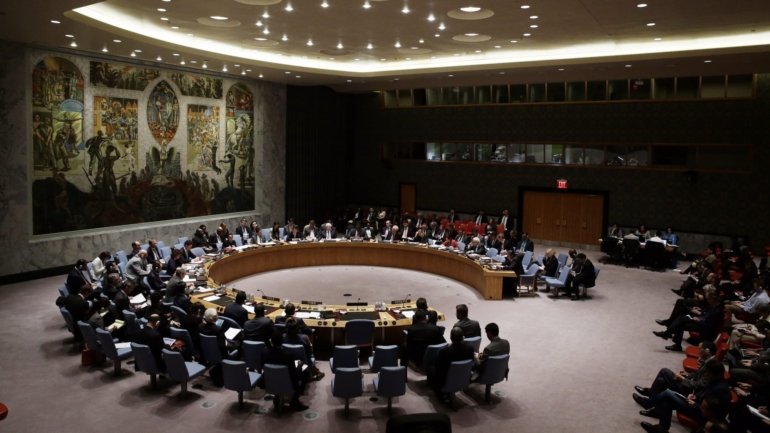 Germany, India, Japan and Brazil demanded on Wednesday, on the sidelines of the United Nations General Assembly, a permanent seat on the Security Council, a request that is already long-standing, but which will hardly have any impact. expected effect.

“We are committed to relaunching discussions on the reform of the Security Council” of the United Nations (UN), explained, in a joint statement quoted by France-Presse (AFP), the foreign ministers of Brazil, Ernesto Araújo, from Japan, Motegi Toshimitsu, from India, Subrahmanyam Jaishankar, and German Deputy Minister of Foreign Affairs, Niels Annen.

These four countries considered that “the world today is very different from that which saw the creation of the United Nations 75 years ago”. There are “more countries, more people, more challenges, but there are also more solutions,” added the diplomats.

One of the main topics of discussion during the week was the enlargement of the Security Council, with more permanent and non-permanent elements.

Currently, the permanent member states of this body are the United States of America (USA), China, Russia, France and the United Kingdom. Ten other countries serving on the Security Council are chosen for two-year terms, but five are renewed each year.

Germany is one of the countries that will be part of this UN body until the end of the year, while India should take its place in early January, for a period of two years.

The reform demanded by the Security Council began to be discussed in 2005, but no major progress has been made in this regard. However, in 2020, the year when the world has been shaken by a pandemic, the signatory countries consider it necessary to increase the number of permanent member states on the Security Council, so that it is “more representative, more legitimate and effective” .

Otherwise, this body will be “obsolete”, warn the four powers in the joint note. Reform, they argue, is the only way to “preserve its credibility and create the political support necessary for the peaceful resolution of international crises.”

The high-level week at the United Nations General Assembly takes place during this week, in a format unprecedented in the organization’s 75 years, in which speeches by heads of state and government will be delivered at through previously recorded videos, due to the disease pandemic caused by the novel coronavirus.

Portas was surveyed for Lisbon and did not reject | Local elections