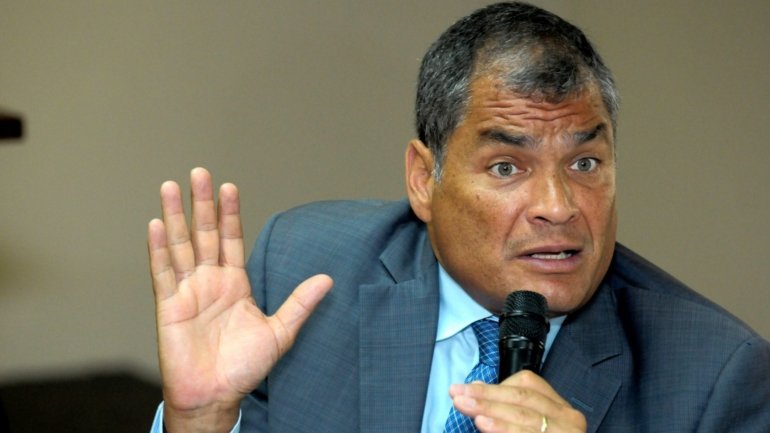 The Ecuadorian court on Wednesday ordered the arrest of former President Rafael Correa, who lives in Belgium, after his sentence to eight years in prison for corruption, the court which upheld the sentence announced Thursday.

The decision includes a life ban on public office, ending the former head of state’s hopes of running for the country’s vice-presidency in the February 2021 elections. The court also ordered the ministry of Finance to suspend the payment of 4,200 monthly dollars (3,600 euros) allocated to Rafael Correa as former president and informed the National Council of Elections (CNE) of the deprivation of political rights of the former head of the State. The former Ecuadorian president (2007-2017), exiled in Belgium since 2017, had submitted his candidacy to the CNE, which should validate the candidacies submitted until October 7.

The Supreme Court of Ecuador upheld on September 7 the conviction in absentia of the former president and the loss of his political rights for 25 years, handed down by a lower court in April and upheld at second instance in mid-July.

The sentence accused Correa of ​​having led a network of corruption between 2012 and 2016 through which he had received “undue contributions”, while he occupied the presidential palace, for the illegal financing of his political movement Aliança País (left ), in exchange for the award of millionaire government contracts to several companies, including the Brazilian group Odebrecht. Rafael Correa is also under investigation for the 2012 kidnapping in Colombia of opposition leader Fernando Balda, but Ecuadorian law in this case does not allow a trial in absentia.

The former president rose to international recognition by granting diplomatic asylum to Wikileaks founder Julian Assange, who fled to the Ecuadorian embassy in London in June 2012 to prevent his extradition to Sweden, where he was charged with rape and sexual assault.