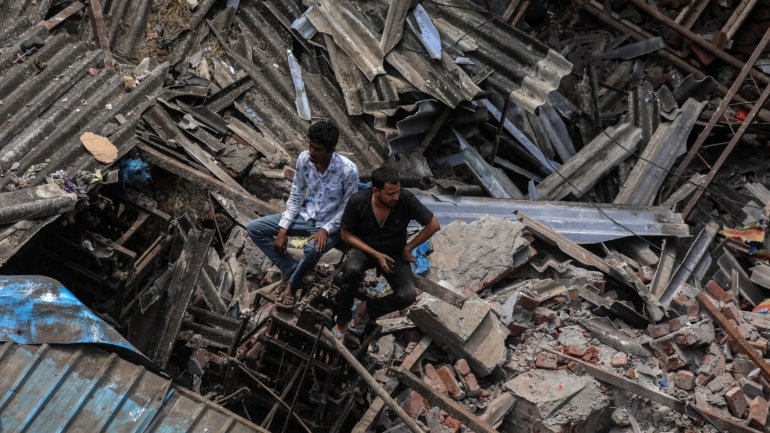 The final death toll from a building collapse in western India on Monday was 41, officials said, noting that the rescue work on the building was completed by Thursday.

“End of operations”, Satya Pradhan, director of the National Disaster Response Force (NDRF), posted on the social network Twitter, detailing that after the discovery of a new body in the last hours, the final death toll from the accident was 41, including ten children.

According to the authorities, twenty people survived the collapse of the building. After 72 hours, the search for survivors ended after the 30-year-old three-story apartment building in the town of Bhiwandi, near Mumbai, in the state of Maharashtra, collapsed on Monday morning as the inhabitants were sleeping. More than 20 families lived in the building.

“NDRF prayer for the families of the dead and for the souls of the deceased,” concluded Pradhan, who has reported regularly on the progress of the accident.

Rescue efforts continued almost uninterrupted, despite heavy rains which forced the suspension of public services in several areas of the region. During the first 24 hours of rescue, 20 people were evacuated alive. Many of them survived for hours under the rubble before being located.

The location of the property, in the center of an area surrounded by buildings and narrow streets, made it difficult to use machines to remove the remains, so part of the operations were carried out manually. Authorities have yet to reveal the causes of the collapse.

Accidents of this type are common in India, often due to inadequate infrastructure and maintenance. In addition, the current monsoon season increases the possibility of landslides, as rain affects building structures.

Less than a month ago, another residential building also collapsed in Maharashtra, killing 16 people.