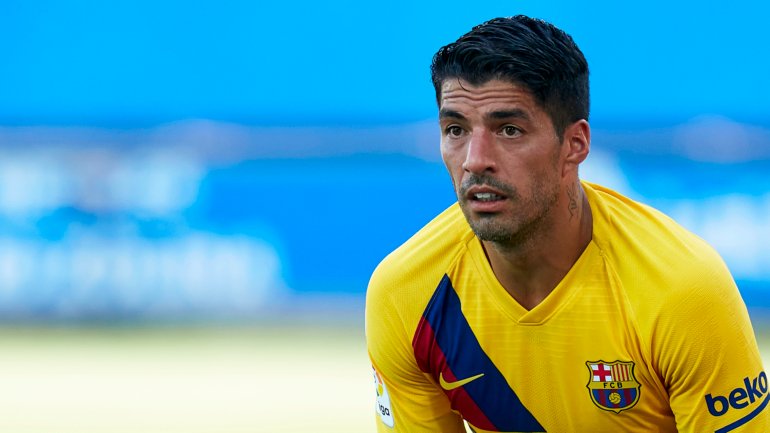 That Suárez was going to leave Barcelona, ​​we know since the arrival of Ronald Koeman at the Camp Nou. That Suárez was going to leave for Atl. Madrid, she had been known for a few days. That Suárez would cry consecutively every time in the face of the change of club, was not imagined. The agreement between Barcelona and Atl. Madrid were closed this week, the Uruguayan striker will leave Catalonia for the Spanish capital and tears have been a constant throughout all stages of the process.

The deal ended up being reached at the most variable of six million euros – contrary to the first information provided by the Spanish press, which claimed that the striker had finished with Barcelona on Monday and would leave free of charge. Suárez’s transfer was confirmed by the Catalans themselves, who during several Twitter posts started to say goodbye to the Uruguayan. Suárez, for his part, visited the club’s training center on Wednesday and said goodbye to his teammates, leaving the sporting city of Barcelona in tears.

On Thursday, the club held a press conference to say goodbye to the 33-year-old striker – and emotion was the watchword again. “I didn’t prepare anything, everything is improvised and I don’t know what to say, it’s difficult. This club trusted me from the start and I will always be grateful for the way they treated me. They trusted me after a mistake I made and it’s not easy, ”Suárez began by saying, referring to the incident with Chiellini during the 2014 World Cup, precisely the summer when he left Liverpool for Barcelona.

“I am a human being, I have feelings, it is difficult. I just want to keep the good things, with the fact that my children saw me play with the best in football history, ”he continued, in a statement that ended up opening the door to several questions. on how Messi, to whom he was the closest person in Barcelona’s dressing room, was dealing with change. “We know each other very well, he knows what I’m thinking and we’re mature enough to give us advice. Let’s see what the future looks like… I played against him, against Argentina, confronting each other will not mix the feelings that we have ”, explained the striker, moved as soon as Josep Maria Bartomeu gave him the floor .

At the press conference, Suárez also made no secret that the departure was caused by Ronald Koeman and the fact that the Dutch coach does not have the Uruguayan. “Sometimes the club needs changes and the coach wasn’t counting on me. I’m going with the feeling that I did, being the club’s third top scorer is not easy. Let me remember everything I have done for the club in good times and bad times. I feel capable of continuing to compete, especially considering the last year that we had. I’m leaving this way to keep competing and keep showing work, ”he added, later revealing his choice for Atl. Madrid had a very simple reason.

“It seems ironic… But when Barça put me on the market, there were a lot of calls, a lot of offers. I wanted a team where I could compete with Barcelona and Real Madrid, ”pulled Suárez, who was still very close to strengthening Juventus. “Getting here is a dream come true. I never imagined arriving at these figures, here you have to make the most of them all the time. I am leaving proud and satisfied after six wonderful years (…) The last month has been crazy. Things have been learned, things have been invented … Unworthy, but you have to try to stay away from everything (…) The exit? I must take advantage of a new stage and be grateful to Barcelona for all the moments lived ”

Suárez finished in Barcelona, ​​will leave at no cost and is close to being strengthening Atl. Madrid

Luis Suárez leaves Barcelona six years after arriving in Catalonia from Liverpool, with 13 titles won, including four Spanish leagues, a Champions League, a Club World Cup and a European Super Cup. In the middle, he scored 198 goals, making him the third highest scorer in the club’s history, just behind Caesar and Messi. The last match of the Catalans was the most thankless possible: the historic defeat against Bayern Munich, in the quarter-finals of the Champions League, 2-8.

Laschet before the meeting with the Chancellor: “Citizens have the right to clear and binding rules” – economics

The CDU is looking for a new boss: slapping, beating, controversy? Nothing! – Politics