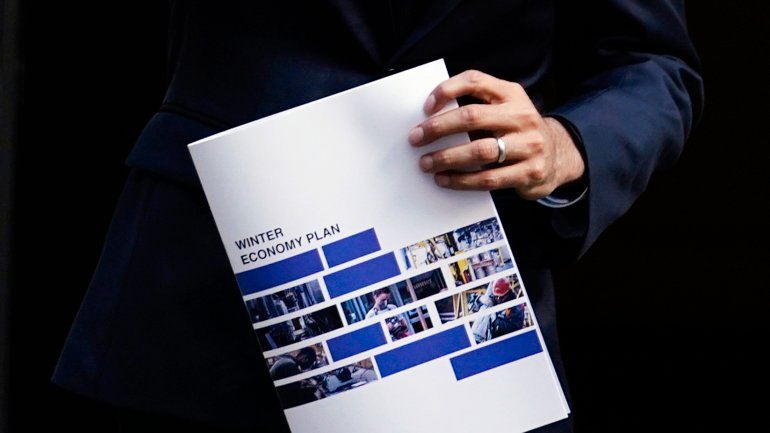 The British government will pay 22% of wages to workers affected by the Covid-19 pandemic to keep jobs, Finance Minister Rishi Sunak said on Thursday as part of an “economic response” plan.

For six months, between November and March 2020, if a worker completes 33% of their hours, the government shares with the employer the cost of the remaining hours (22% each), but the result is that the final salary will be 77% . normal value.

Sunak told parliament on Thursday that the plan aims to maintain “viable jobs” by supporting “companies facing weaker demand the opportunity to keep employees in part-time jobs instead of laying them off.”

The employment support program is mainly aimed at small and medium-sized businesses in the UK, while large companies can only benefit if turnover fell during the crisis.

The minister also announced the extension of the reduced rate of VAT for tourism and catering of 5% until the end of March 2020, more time and flexibility to repay loans granted to businesses based on income and payment of taxes in installments. reduced. The plan comes days after Prime Minister Boris Johnson announced new restrictions, recommending telecommuting again and ordering bars and restaurants to close at 10 p.m., measures he admitted could be needed for the next six month. .

The United Kingdom, the country with the highest number of Covid-19-related deaths in Europe, 41,862 officially recorded on Wednesday, has seen a rapid and substantial increase in new infections and hospitalizations in recent weeks. On Wednesday, the health ministry recorded 6,178 cases of contagion, a daily record since May 1.

“The resurgence of the virus and the measures we must take in response represent a threat to this fragile economic recovery”, admitted the minister, justifying the need to “protect jobs during the difficult winter months”. However, he also acknowledged that “the economy is likely to adjust more permanently” due to the impact of the Covid-19 pandemic and that “not all jobs will be saved”.

The new program follows pressure from companies and unions to intervene with more direct support for workers in precarious work given the end of October of the layoff regime put in place by the government in March.

Shadow Labor Minister of Finance Anneliese Dodds expressed “relief” that the government has heeded the party’s call for a wage support system. “If the package of measures can help people keep their jobs and businesses overcome difficulties, the Labor Party obviously supports it,” he said.

To show that he was sensitive to the issues raised, Sunak organized a pre-intervention photograph in parliament a photograph in front of the works building, next to the Prime Minister’s residence in Downing Street, with a copy of the plan and flanked by Carolyn Fairbarn , Managing Director of the Confederation of British Industry, the main employers’ organization, and Frances O’Grady, General Secretary of the Inter-Union Congress of Trade Unions.

The new scheme comes into effect to compensate for the end of the dismissal scheme, which guaranteed payment of 80% of wages up to £ 2,500 per month (2,850 euros) by August, 70% of wages in September and 60% in October.

According to Boris Johnson, this program has helped 12 million workers at a cost of 160 billion pounds (175 billion euros).

Rishi Sunak said on Thursday that, so far, the government has spent 190 billion pounds (208 billion euros) to “support people, businesses and public services to protect economic capacity” during the pandemic.

After US mediation: Armenia and Azerbaijan re-agree on a “humanitarian ceasefire” policy

Republicans want to pass appeal: infected senators can sit in the stands – politics

Next to the source of the Tagus, the Celtic heritage breathes through the “children of the deer” | Photography