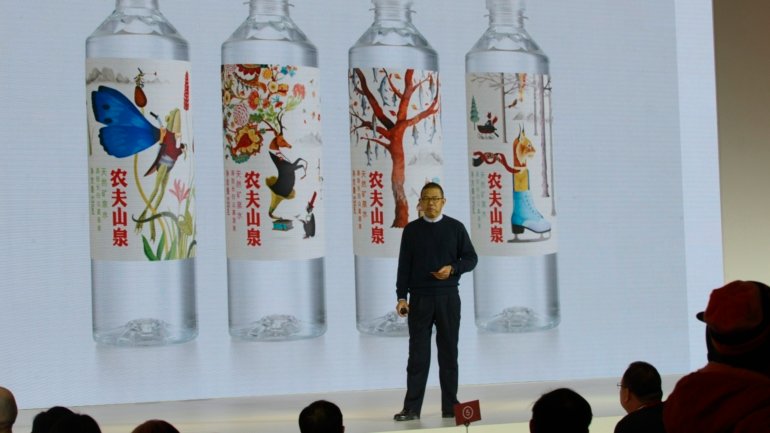 Bottled water entrepreneur Zhong Shanshan has dethroned Alibaba owner Jack Ma from the position of richest Chinese on the Bloomberg Billionaire Index. With a new update this Thursday, Jack Ma descended to the 19th position of the richest personality in the world (and second in China) and Zong Shanshan passed him (17th place) – with an estimated fortune of 58, 7 thousand million dollars, or 50.27 billion euros.

Zhong Shanshan is 65 years old and, according to the South China Morning Post, is known as a “lone wolf” in the middle of the great Chinese business circle. The nickname is due to the low-key and above all isolating position adopted by this businessman, who does not frequent business groups and whose links with the Chinese Communist Party are not known – unlike several of his peers, such as it’s the case. by Jack Ma.

However, his family life was marked precisely by the Cultural Revolution, the violent period in Chinese history when, in power, Mao Zedong sought to apply the Chinese Communist regime to his strength after the 1949 revolution.

Zhong Shanshan was born in 1954 in Hangzhou, a city in eastern China. There, his family fell victim to Maoist purges and Zhong Shanshan was forced to drop out of primary school. His first jobs were as a mason and carpenter’s assistant.

Zhong Shanshan founded Nongfu Spring in 1996, which was famous for its advertisements and its slogan: “It’s a little sweet”.

However, already after the death of Mao Zedong and with the rise of reformer Deng Xiaoping, many families who were victims of the purges were rehabilitated. It was like that with Zhong Shanshan, who was now able to take national exams to access public university.

According to Inkstone, magazine of the South China Morning Post, Zhong Shanshan was able to enter Zhejiang Radio and Television University. When he graduated, he got a job in the economics section of Zhejiang Daily newspaper. Until, five years later, he quit journalism and made the decision to be a businessman himself, like those he interviewed.

Entering the business world was not an immediate success. He opened a newspaper and a mushroom business, both failures. Then he developed and sold a business that sold a supplement made from turtle parts – a deal that won him the first million.

Bottled water appeared in 1996, also in Zhejiang. It was in that year that he founded Nongfu Spring, the English-speaking name of the brand which in Portuguese means something like “Água dos Agricultores”.

Since its inception, Nongfu Spring has grown in importance for its advertisements. The slogan adopted since the beginning of the company is still used today by the brand: “It’s a little sweet”.

Since 2000, the brand has expanded beyond so-called normal water, selling from flavored waters and also carbonated drinks, in addition to coffee – through another branch of the company.

Zhong Shanshan is also the majority shareholder (75%) of the Beijing-based pharmaceutical company Wantai, which produces tests for Covid-19. Wantai was listed on the Shanghai Stock Exchange in April, and since then Zhong Shanshan’s 75% has appreciated to $ 9.4 billion (€ 8.05 million).

Klopp, the uncle Scrooge who bypassed Lampard with his broad hands and left London with his pockets full – Observe

iPhone: Apple will stop adding a charger to the box