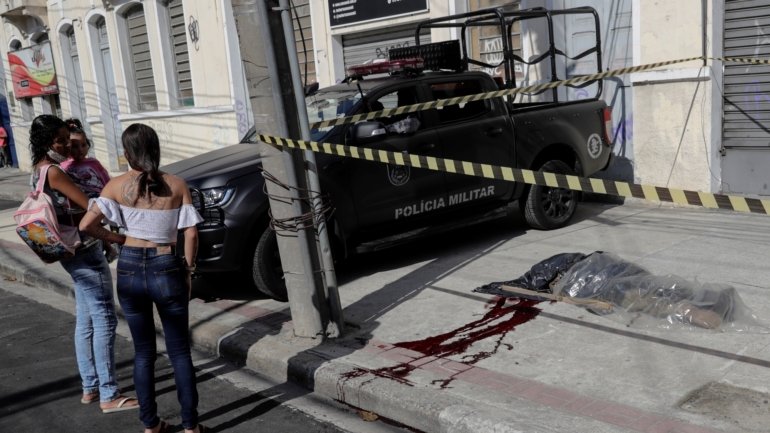 In the study presented this Thursday, the representative of UN Women in Brazil, Anastasia Divinskaya, indicated that women remain in conditions of inequalities on various dimensions in the South American giant and, therefore, the country has yet to face many challenges achieve gender equality also in politics.

Brazil still has a long way to go in the direction of gender parity and, for that, it is essential that institutional changes occur, ”Divinskaya said in a statement.

In the study, developed over the past year, and in which 40 indicators were analyzed, with a maximum score of 100 points, Brazil achieved a score of 39.5 points, ranking ninth, just ahead of the Chile (38.2 points) and Panama (37 points).

Among the subjects analyzed are the right to vote, the participation of women in political parties, spheres of power and public service, and the existence of structures aimed at gender equality in politics.

The indicator in which Brazil recorded the lowest score, of only 13.3 points, was recorded in the dimension “quotas / parity”.

The dimension with the lowest score is that of quotas. With only 13.3 points on average, it reveals the weakness of the legal conception of this measure, both in legislative and municipal management, since there is no positive action that applies to the executive or to public administration (zero points). Despite the quotas of 30% of candidacies for each sex, the absence of sanction in the event of non-compliance (zero points), as well as its application only to town halls, make the measure ineffective, ”indicates the study.

The category in which Brazil had the most points (80.3) was that of “the exercise of the right to vote”, the report stressing that in the country there are no “specific constraints for women in the act of voting “.

According to the study, if many commitments have been formalized by different levels of power, at different levels, the measures implemented so far are “peripheral and insufficient, and do not guarantee public control of this process at a specific level. deemed sufficient ”.

Equality between women and men is provided for in the Brazilian Constitution. However, there is still no comprehensive law in the country that includes the dimension of political violence against women, ”the report notes.

In light of the conclusions of the study, the Atenea project, which aims to accelerate the political participation of women in the countries of Latin America and the Caribbean, listed a series of recommendations, how to stimulate the production of general laws on the equality of rights and opportunities between women and men. and laws to eliminate violence against women, which includes provisions for the prevention and punishment of harassment and political violence.

The implementation of gender quotas in public administration posts, the integration of the principle of gender parity in the Constitution or the guarantee of the participation of women in decision-making positions of legislative bodies are other suggested points.

“We hope to help that Brazil can also make its structural changes,” said UNDP representative in the country, Katyna Argueta.

With more or less drama, the budget will be approved | Editorial