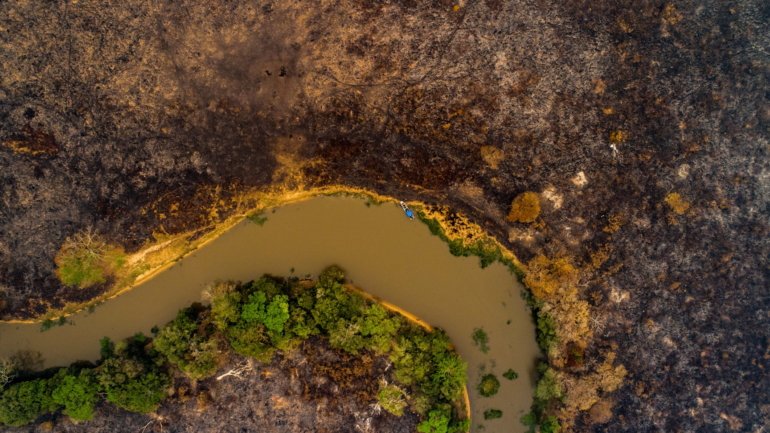 Brazil lost about 500 thousand square kilometers of natural vegetation between 2000 and 2018, a survey released Thursday by the Brazilian Institute of Geography and Statistics revealed.

The study, titled “Ecosystem Accounts: Land Use in Brazilian Biomes (2000-2018)”, was carried out on the basis of satellite images and field research.

The document “presents the degree of preservation of ecosystems” of the largest country in South America with an “analysis of the remaining natural areas based on the conversion of land use into activities such as agriculture, grazing and grazing. forestry”.

In the cerrado, the loss scenario was caused by the accelerated expansion of agriculture, which increased by 102,600 square kilometers between 2000 and 2018, replacing rural and forest vegetation. “In 2018, 44.61% of agricultural areas and 42.73% of forest areas in Brazil were in the cerrado,” said IBGE.

The biome with the lowest losses in the period analyzed was the Pantanal. During the period analyzed, the native vegetation of this area lost an area of ​​2,100 square kilometers, but since 2010, about 60% of the changes have shifted from natural rural areas to managed pastures, a technique to increase production. of meat and milk.

This biome has become a target of great concern to environmentalists due to the large fires recorded this year, which have already destroyed around 22% (over three million hectares). The Pantanal occupies an area of ​​over 150,000 square kilometers in the west-central region of Brazil.

The Atlantic Forest, a biome located in the coastal region of the country and historically the most destroyed because it suffers from the oldest and most intense human occupation, only conserved 16.6% of its natural spaces, in 2018, the lowest percentage among biomes.

In the caatinga, a semi-arid biome that occupies part of the northeastern region of the country, there was a decrease in natural vegetation of 26,700 square kilometers during the period analyzed.

According to the IBGE, in percentage, the pampas (name given to the wasteland of South America), a biome located in the south of the country, was the one that lost the most natural space (16,161 km2), this which represents 16.8% of your total area.

During this period (2000-2018), 58% of the natural areas of the pampas were converted into agricultural areas, and 18.8%, into forestry, according to the study by the Institute of Geography and Statistics of Brazil (IBGE).

Valentina and the judges: in defense of Maria Clara Sottomayor | Opinion

Drug scandal with the Munich police: major raid and investigations against 21 officials – political