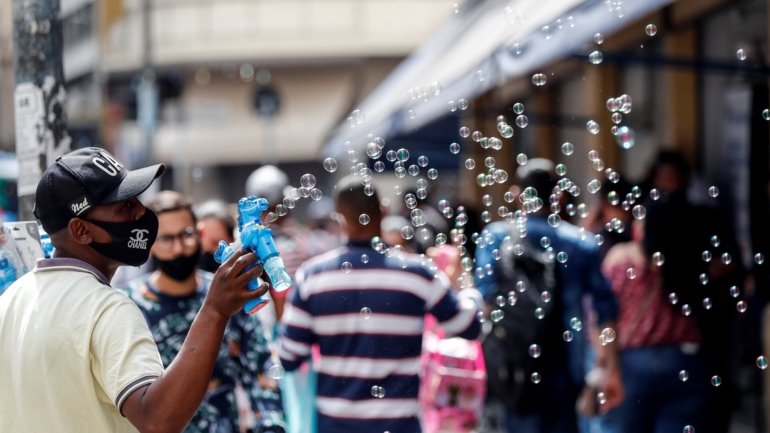 The Central Bank of Brazil on Thursday reduced its projection on the contraction of the country’s gross domestic product (GDP), which fell from 6.4% to 5%, at the same time as it raised the inflation projection for this year from 1.9% to 2.1%.

The new projections were presented in the Central Bank’s quarterly inflation report, which pointed out that the country’s economic activity was showing a “partial recovery” after months of paralysis of productive sectors due to the Covid pandemic. -19.

The Brazilian government agency estimated that the country is recovering “relatively faster than other emerging countries”. The report which provides the new projections justifies that the government measures to combat the economic impacts of the pandemic and the gradual resumption of consumption levels in force before the period of social isolation explain the improvement in the Brazilian economic scenario.

The new estimates are in line with the projections of market agents consulted each week by the Central Bank, which forecasts an economic decline of 5.05% of Brazilian GDP in 2020.

The central bank has acknowledged, however, that uncertainty over the pace of the country’s recovery will remain “above normal” in the last quarter of the year, largely due to the end of economic aid to the country. millions of Brazilians who have lost income in an attempt to mitigate the effects of the economic crisis that accompanied the pandemic.

Regarding inflation, the Brazilian Central Bank revised its projections upwards, which went from 1.9% per year, in the previous report published in June, to 2.1% in the report published on Thursday. Despite the revision, the new projection remains well below the government target of 4% for 2020.

For 2021, the Brazilian Central Bank forecasts a growth of 3.9% of GDP, a projection conditional on the continuity of economic reforms and the maintenance of the budgetary adjustment to balance the public accounts. Inflation is expected to end 2021 with growth of 3%.

Brazil is still recovering from a severe recession between 2015 and 2016, during which time the country’s gross domestic product (GDP) fell by seven percentage points. In the past year, Brazil’s GDP grew by 1.1%, a rate lower than the 1.3% expansion recorded in the years 2017 and 2018.

The emergence of Covid-19 thwarted projected growth expectations for South America’s largest economy in this area, when 2.5% growth was expected. In the first two quarters of 2020, Brazil entered a technical recession, recording a 1.5% drop in GDP between January and March and a 9.7% retraction between April and June.

Entering masks: Why did Scheuer arrange the rental of a Bavarian party when placing an order? – Economics

Covid19. More than 900 companies have applied for the financing line in the face of the pandemic – Observe

Losses of historical proportions: the decline in the price of SAP is dragging the Dax economy down